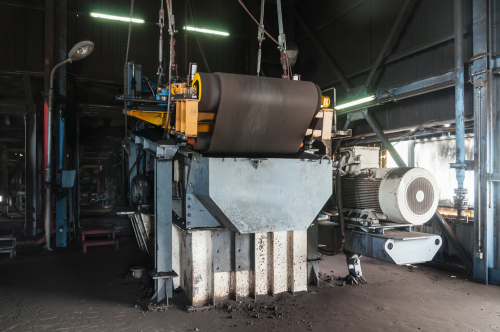 Brussels (Brussels Morning) The EU is planning to jump-start local production of rare-earth magnets needed in the production of electric motors by providing support to local makers, according to sources close to the situation.

The move mirrors US regulations introduced earlier this month that offer tax incentives to local producers, according to Reuters reporting on Monday.

The EU, the US and the UK are planning to increase production of rare-earth magnets used in motors installed in wind turbines and electric vehicles with the aim of lowering dependence on imports from China.

According to European companies, they cannot compete with Chinese manufacturers who receive subsidies and supply roughly 90% of the global market.

Constantine Karayannopoulos, CEO of Neo Performance Materials chemical manufacturing company, pointed out that the company is prepared to invest in production of rare-earth magnets if it sees “a coordinated effort where out portion of the capital will attract a sufficient return.”

He noted that Neo Performance Materials is prepared to build a factory in Estonia worth US$ 100 million and is open to public-private cooperation, but added that he did not see an EU proposal.

Last year, the EU launched the European Raw Materials Alliance (ERMA) to secure critical minerals needed in the green push, with an emphasis on rare-earth elements.

According to EU plans, the bloc is to build an industry of rare-earth mineral mining and processing as well as magnet production to lower its vulnerability to potential disruptions in imports from China. Chinese suppliers currently cover 98% of EU demand for rare-earth magnets.

The EU is expecting demand for such magnets to increase up to tenfold by 2050 due to green transition programmes aimed at lowering greenhouse gas emissions.

According to sources, the ERMA is to release recommendations for building the rare-earth magnet industry in September.

A European Commission spokesperson pointed out that proposed measures must be in line with EU and World Trade Organisation rules.