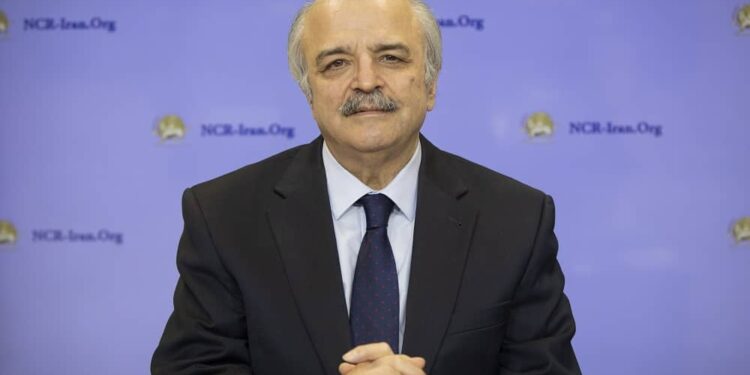 Belgium, (Brussels Morning Newspaper) Iran for some time is on the media focus connected to the protests in the country that have continued for weeks, catching the attention of the international community.

Brussels Morning talked to Mohammad Mohaddessin who is the Chairman Foreign Affairs Committee of the National Council of Resistance of Iran to address the many questions Iran observers may have as they try to explain the cause of the recent upheaval in Iran.

Brussels Morning (B.M). What is your sentiment on the EP’s recent resolution to backlist the IRGC?

Mohammad Mohaddessin (M.M). I appreciate the efforts of the European Parliament’s representatives to include the IRGC on the terrorists’ list. As the NCRI’s President-elect Maryam Rajavi has said, the inclusion of the IRGC in the terrorist list is the urgent demand of the Iranian people, a necessary condition for peace in the region and a must for the battle against terrorism, which should have been done years ago.

And as emphasized time and again, verbal support is not enough. Our people need clear practical measures against this regime that understands the language of firmness alone.

(B.M). Four months after the beginning of the current uprising, how do you see the outcome and the future perspective?

(M.M). We are in the fifth month of the nationwide uprising which has covered more than 280 cities of Iran. At least 750 people have been killed by the regime’s forces, and we have published the names of 638 of them.

Although due to the brutal repression, the regime has managed to limit the scope of the uprising, it has not been able to extinguish it whatsoever.

This uprising moves with two engines. The first engine is the explosive state of the society, poverty, unemployment, inflation, discrimination, and above all the disastrous situation of women.

The second engine is the presence of an organized resistance that has never stopped confronting the regime over the last forty years.

This resistance and specifically the MEK along with its Resistance Units play an effective role in organizing and directing the protests in the streets.

These two engines along with the realities on the ground during the past four months show the fact that the situation in Iran will never return to the situation before the uprising that started in September 2022.

Cries of “Death to Khamenei” can be heard all over Iran, which has shattered the prestige of the regime. People are no longer afraid of the regime and have nothing to lose.

Various sectors of the society, such as artists and athletes, who did not use to participate in protests before due to political, economic, or occupational affiliations, have joined the protesters.

Defection in the ranks of the regime’s forces has increased and most of the prominent clerics have refused to support Khamenei during this period of uprising.

Therefore, despite all the ups and downs, protests and uprising will continue with these two engines.

To confront the uprising, in addition to suppressing it, the regime is after turning off these two engines. It cannot do anything about social discontent. To eliminate discontent, the regime must carry out basic reforms, it must reduce repression, it must have normal international relations to remove sanctions, and many other things. But these measures greatly endanger the existence of the regime. Therefore, it is trying its best to eliminate the MEK and the Iranian resistance.

(B.M). Do you mean physical liquidation?

(M.M). Of course it leaves no stones unturned. There have been thousands of arrests in the country, and the death penalty is used, if the international public opinion permits, against activists. But there is also a character assassination and an intense disinformation campaign.  To this end, it resorts to all kinds of demonization and spreading false information. Here in Brussels, you have heard a lot on Qatargate.

But in what has become known as Qatargate these days, Qatar was not the only target. You know that Qatar somehow represents the Iranian regime. Eldar Mammadov’s main mission was to create enmity and pessimism towards the MEK. He has written dozens of articles against the MEK and has had several trips to Iran. One of the goals of Qatargate has been to keep the Group distant from taking a position against the regime or in favor of the MEK.

(B.M). Has the demonization campaign against the MEK stopped after revelations made during Qatargate?

(M.M). Such efforts are not over. In recent days, suspicious individuals have been trying to include articles against the MEK in the resolution that was supposed to be approved on Thursday. The goal is clear: to use these lies to justify killing of the MEK members in Iran, and elsewhere if possible.

The regime’s attempt to demonize the MEK is not limited to recruiting agents. The regime never hesitates to use even its opponents to eliminate its main enemy, the MEK. Because he looks at the MEK as an engine of the uprising and overthrow.

A historical example: in years 1980 till 1983, Iran’s religious regime actively cooperated with the Tudeh Communist Party, which was officially supported by Moscow, to suppress the MEK. The Tudeh party argued that the regime is anti-imperialist, the regime should be helped, and the “freedom” that the MEK advocates is a bourgeois value. This communist party helped in the arrest and execution of many MEK members.

(B.M). Back on the uprising, the people are openly asking for regime change. What would the alternative be like?

Second: This regime will not stop repression and only understands the language of firmness and power.

Third: People strongly reject any kind of dictatorship, including the return to monarchy dictatorship. The next most popular slogan after “death to Khamenei” is “We don’t want either the Shah, or the sheikh”, which is replicated in different ways in different parts of Iran.

Just last Friday, Balochis in Zahedan were chanting in unison, “Death to the oppressor, be it the Shah of the leader (which means Khamenei)”. And on Monday in Sanandaj, the capital city of Kurdistan province, the people chanted in unison, “Neither monarchy nor Leader; yes to democracy and equality.” This is the story of the last four months all over Iran.

The Iranian diaspora has the same demand. The crowd that gathered outside the European Parliament in Strasbourg the day before yesterday carried big placards with the slogan “We don’t want either the Shah or the Leader”.

From the beginning, the regime wanted to give the impression that the protesters’ demand is to return to the past. However, the protesters showed that this claim was nothing but a tactic used by the regime to discredit the uprising.

The fact that the people of Iran understand with all their heart is that the monarchy in Iran, unlike the monarchy in Europe in the past 200 years, has been a manifestation of fascism and chauvinism and has never been a defender of Iran’s national interests; rather it has been an executor of foreign powers’ orders.

The Shah’s rule and foreign powers failed all attempts to reform this dictatorship.

Dr. Mossadegh’s national government, which wanted to limit the Shah’s powers according to the constitution, was overthrown by the American-British coup in 1953, and the absolute dictatorship of the Shah under the US influence continued until 1979.

In 1975 The Shah officially dissolved even his puppet parties and announced that only one party was enough. He said that anyone who does not accept this should go behind bars or leave Iran forever. Interestingly, the Shah and the royal court always had the support of reactionary clerics.

By suppressing the democratic and freedom-loving forces, the Shah practically paved the way for the mullahs to take over Iran.

When the uprising against the Shah began in 1978, all freedom fighters were either executed or in prison. Only the mullahs were present, who practically hijacked the leadership of the uprising.

I want to conclude that, unlike in 1979, today the people of Iran know very well what they want and distance themselves from any kind of dictatorship.

(B.M). What practical steps to be taken?

(M.M). The National Council of Resistance of Iran, which has the experience of the anti-monarchy revolution, has called for the formation of the National Solidarity Front since 2002. This is a front that is formed based on three principles:

First – the overthrow of the mullahs’ regime in its entirety, second – the formation of a democratic republic, and third – the separation of religion and state.

The process of the uprising showed that the democratic political forces and the protesters are more and more united around these three pillars and are moving towards such a front in practice. This unity is much stronger inside the country and in the real fight against the regime and has brought us closer to the ultimate goal of overthrowing the regime.