Reassessing the EU approach towards the Horn of Africa 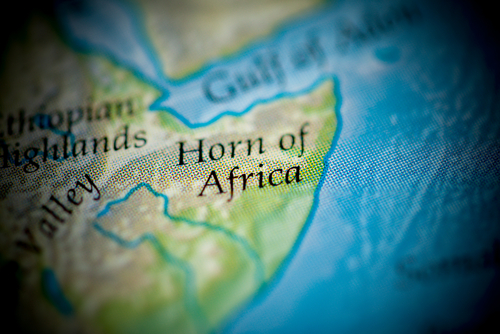 Brussels – Brussels Morning:- The Foreign Affairs Committee (AFET) of the European Parliament has voted on the Recommendation to the Council, the Commission and the Commission Vice President/High Representative of the Union for Foreign Affairs and Security Policy on the Horn of Africa, for which I served as Rapporteur.

The Recommendation has been approved with 45 votes in favour, 12 abstention, and 8 votes against. This large majority is due to the very cooperative spirit adopted by all the colleagues who served as Shadow Rapporteurs. We have engaged in very productive exchanges in all the phases, from the presentation of the amendments to the shadow meeting and the following written procedures. Thanks to that, we have achieved what I would described as a balanced text that can have a very positive impact on the future of the EU’s relations with the Horn of Africa, but also on EU-Africa relations in general.

The European Union and Horn of Africa have longstanding, deep political and economic ties, and the region is of undoubted strategic relevance in several aspects, including the political, economic and commercial ones. Furthermore, the Horn of Africa and the individual countries located therein have a clear potential to grow both in economic and political terms, but they face a number of similar and critical challenges. Among them, it is necessary to mention the immediate and long-term consequences of climate change such as increasing water scarcity, food insecurity and desertification coupled with a low resilience to natural disasters and deepening inequalities, as well as the long-term effects of the COVID-19 pandemic, unresolved ethnic and border disputes, the growing activities of terrorist organisation, and weak national authorities.

At the same time, due to its geographical position, the Horn of Africa, as well as the Red Sea and the Gulf of Aden, are turning into areas of primary strategic relevance. Indeed, this macro-region represents a global crossroad and chokepoint for commodities trading, with more than 12% of global seaborne cargo transiting through the Red Sea, and energy flows as approximately 6.2 million barrels of crude oil and other petroleum products transit through the Bab Al-Manded strait every year. For these reasons, several international actors, most notably Russia and China, are competing for increasing their relevance in the region.

Mindful of these premises, the Recommendation approved by the AFET Committee aims to give a new impetus to the EU approach towards the region, building on the contents of the EU Strategy for the Horn of Africa presented by the Council in May 2021.

It goes without saying that, in order to be in line with the current international scenario, the Recommendation begins with some reflections on the impacts of the Russia’s war of aggression against Ukraine on the Horn of Africa, providing guidelines on the actions that will be needed from EU’s side for countering these negative effects. The most pressing issue is certainly the one related to food security, as the individual countries of the region import about 90% of their cereal products from Russia and Ukraine, and the ongoing conflict is further deteriorating an already precarious situation where around 20 million people were already at risk of famine due to unprecedented droughts and the locust invasion. Therefore, in the Recommendation we call on the EU to scale-up its immediate humanitarian assistance to the region in order to avoid a catastrophe, and to support the countries’ endeavours to reduce dependencies from external actors in the medium term. Similarly, we have lamented an increasing exposure to Russia’s propaganda regarding the war and the mis- and disinformation campaigns in general, calling on the Council and the HR/VP to set in place strategies aiming at countering them.

Then, the Recommendation sets out what we have named “guiding principles”, and I would say that these are the more general suggestions we give to the other bodies of the EU for strengthening the ties with the Horn of Africa. The rationale behind the need to provide these new guidelines is the realisation of the fact that it is clear that something has not worked perfectly in the past in the relationship between the EU and Africa. Indeed, some countries have deplored the paternalistic approach that the EU has often taken, as well as the partial absence of constructive dialogue before the launch of certain projects, something that has also opened up the possibility for other actors to increase their influence in the region. Therefore, we have put forward two main suggestions, which also serve as leitmotifs for the all text.

The first is to call on the EU to move away from the paternalistic approach that has sometimes marked our engagement with the region, adopting a more egalitarian and mutually beneficial approach to this partnership. For achieving that, it will be essential to base every interaction on a constructive dialogue through which the EU and the individual countries of the Horn of Africa, as well as the African Union and its regional components can work together, understanding each other’s needs and priorities, always favouring local ownership of the different initiatives. Specifically with this aim in mind, before drafting the initial document I have decided to meet the Ambassadors of all the eight countries of the region to the EU – although it was not possible to have an appointment with one of them – plus the Permanent Representative of the African Union here in Brussels. All these meetings have been very productive, and they somehow compensated the impossibility to have direct field visits due to the persistence of the COVID-19 pandemic as well as the still precarious security situation in some of the countries. Therefore, also thanks to this direct experience, I believe that Working this way, prioritising direct coordination and open consultation, the EU can truly support the fulfilment of the overarching goal of the African Union, which is to provide “African solutions to African problems”.

The second main recommendation calls for a re-focusing of the course of action adopted by the EU in the region, with the aim of changing the paradigm followed so far. Instead of focusing primarily on large projects and macro issues, the Union should put the local population at the centre of its interest, with the aim of consistently and tangibly improving their living conditions. As a result, we call for a far greater attention to locally owned, specific, and focussed projects.

Following the guiding principles, the Recommendation deals with the most important thematic areas that are of interest for the region with devoted chapters, with the first of them being about regional peace and security. Here, the main focus is on the security situation in the region, as well as on the importance for the EU to play a positive role in addressing the root causes of ongoing conflicts and crisis both through a direct involvement – as it is the case for the current operations in Somalia and in the maritime domain – and conflict resolution and mediation activities – especially in the reconciliation process in Ethiopia and supporting the work of the African Union Special Representative for the negotiations on the Grand Ethiopian Renaissance Dam.

The second chapter is about Democracy, human rights and the rule of law, and it calls for a thorough EU support for the inclusion of all the communities present in the individual countries, for the creation of a participative, open and fair political spectrum, as well as for concrete actions in countering aberrant practices such as Female Genital Mutilation.

Then there is another essential part, on which the Union can play a substantial role that is the one dealing with sustainable and inclusive economic growth. On this point, the Recommendation focuses on the economic and societal challenges the region is facing, taking into account structural deficiencies, the negative impacts of climate change, the long-term, global consequences of the Covid-19 pandemic, and the new challenges posed by the Russia’s war of aggression against Ukraine. For what concerns the EU approach, we have insisted on the primary need to support locally owned initiatives with the aim to stimulate local economies, as well as to prioritise investments and the sharing of technical expertise in sustainable and green initiatives.

The fourth chapter is about migration, and it aims at ensuring the rights of migrants and the Internally Displaced People. Therefore, there are direct calls on the EU bodies to scale up immediate assistance and long-term support to those countries hosting refugees, and take immediate actions for countering human smuggling and other criminal activities that might exploit the vulnerabilities of migrants.

The following topic, regional integration, plays somehow an overarching role, and is mostly focused on the need for the EU to adopt the so called “Team-Europe Approach” working together a wide spectrum of partners, including the African Union and its regional components,  the United Nations, individual countries and the private sector in their endeavours to launch and support African-owned initiatives. At the same time, we underlined the primary need to support the Horn of Africa Initiative, to which the EU is a key partner in all efforts devoted to strengthening connectivity and unlock opportunities in the region, creating jobs, mitigating emerging risks, strengthening resilience and paving the way to improved neighbourly relations.

In the last chapter interesting the whole region, the focus has been put on the growing, multifaceted influence of those third actors that do not share the Union’s interests and values, which are often operating in the region with the aim to undermine the EU’s role as a strategic partner, advancing their unilateral agendas. Besides recognising the negative implications that this would have on the Union and its political, commercial, and security interests, and further than advocating for strategic communication campaigns aiming at better explaining the EU involvement and the added values it brings, the Recommendation advocates for the promotion of a holistic EU’s support to the region, furthering economic cooperation and conflict prevention, also as a way to oppose third actor’s exacerbation of fragmentation and geopolitical escalation.

Due to the fact that the Horn of Africa is a highly variegated region where the individual countries face sometimes different situations, following these regional chapters, the Recommendation presents eight country-specific paragraphs that take into account the specificities of all the individual countries, further specifying the general approach and suggestions to the peculiarities and particularities of each State.