How deep is the economic crisis in Central Eastern Europe 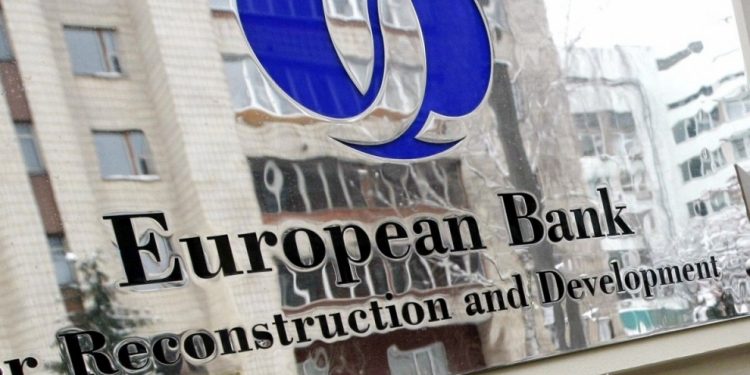 (Washington – Brussels Morning) Giorgi Kvirikashvili served as Prime Minister of Georgia between 2015 and 2018. His administration is remembered for concluding the Visa liberalization programme that allows Georgian citizens to travel freely in the Schengen zone. However, those who know the region remember him as an experienced, bottom-line driven economic reformer, who bolstered foreign direct investment and maintained high-levels of growth amidst a difficult-to-navigate international context.

Currently Kvirikashvili serves as an International Adviser for EBRD in Uzbekistan, developing a Foreign Investors Council under the President of Uzbekistan. His speaks to Ambassador Tedo Jeopardize on the prospects of economic recovery for developing economies in Central Eastern Europe, and beyond.

T.J. Can we talk of a recovery in Eastern Europe’s emerging markets? If so, which countries and sectors will lead the way?

At the outset, it is very important to note that the EU’s exceptional anti-crisis measures have created a buffer against what would otherwise be a multi-year dive in economic output in Europe. Taking into account the enormous spill over effect this might have on the global economy, we could say that the EU’s stimulus measures – along with IMF initiatives – may prove decisive in preventing a global depression. This can be said with cautious optimism, and is surely subject to the further behaviour of the virus.

The effectiveness of the allocation of national as well as EU stimulus resources will be a key factor in determining the speed of a post-COVID recovery. This is especially true for the Eastern European EU member states. The dependence of these economies on demand from Western Europe is obvious.

It is by now self-evident that the COVID-19 crisis hit services more than any other sector, that is, tourism, hospitality, and travel. The degree of dependency on services will be the most significant risk factor in the path of Eastern European economies as they move towards recovery.

The least dependent on services and most diversified among Eastern European economies is Poland. Data of the first two quarters suggest Poland is the least affected and most dynamically recovering. This positive prospect derives also from Poland’s sound fiscal fundamentals.

Output decline rates in other Eastern European EU member states vary from around 6 % (Hungary) to 9 % (Croatia). Although Turkey’s output in the first two quarters declined by slightly above 4%, the country remains vulnerable to capital outflow risks due to the high volatility of the national currency. Romania has a moderate 6% decline in output; however, the economy lacks fiscal resilience due to its high level of public debt.

The Czech and Slovak economies are heavily dependent on automobile industries. Therefore, prospects for recovery in these countries are linked to pan-European manufacturing value chains and are highly dependent on the dynamics of larger and more advanced European economies: i.e. the purchasing power of Western European markets.

Russia’s economy remains highly vulnerable to the risk of falling oil prices. Chances for qualitative improvements in the structure of the economy in the short term are low. The forecast for 2020 is a GDP drop in the region of 7%.

It is too early to make precise forecasts about the pace of growth for Eastern Partnership countries, as too many uncertainties, remain. However, one can say with confidence that the countries likely to emerge as champions of post COVID growth will include those that are:

–  least dependent on tourism and hospitality,

– capable of going digital in the shortest period possible.

TJ. Given the crisis of multilateralism, do you see reshoring – repatriation of production – and import substitution strategies in the developed world as posing a threat for the growth of emerging economies?

Although it is too early to make precise forecasts or to evaluate the impact of rising protectionism in developed economies vis-a-vis developing countries, it can be said with some degree of certainty that depriving exporters from developing economies of stable purchasing power will trigger turbulence both in terms of consumption and supply.

The extent of the damage will depend on the ability of emerging economies to reposition and restructure their economies while adjusting to the tectonic changes in global supply chains. Bigger and stronger developing countries, like India or Brazil, will be less vulnerable to falling demand. Those who are smaller and weaker will definitely face severe challenges. For the bigger economies, there is always the option of boosting internal demand. Smaller economies are likely to have to turn to plurilateral rather than multilateral cooperative frameworks.

If we go beyond short and medium-term policy responses, it is clear that multilateralism needs to accommodate emerging protagonists that are destined to shape the future. We need to address the roots of the crisis, which are evident for example in the World Trade Organisation and more broadly in the context of globalisation. The WTO’s inability and lack of efficient mechanisms to address unfair trade practices suggests there is a need to modernize trade enforcement tools.

TJ. The 2008 crisis led to significant consolidation in the banking sector. We have cheap liquidity but are lenders prepared to lend to start-ups? Do you see an investment-fuelled recovery of the labour market in Europe?

The pandemic has changed the world of business finance forever, and this is true for start-ups. Although pandemic emergencies around the globe started to subside and convert into daily routine, the financial consequences of COVID are just starting to evolve. Bankers are starting to clear away the debris and to evaluate the medium and long-term prospects of their clients, who have already benefited from the initial wave of restructured loans.

Under these circumstances, businesses with proven management skills, a flexible and adaptive business strategy and the capacity to service their loans will be “creditworthy.”

Financial institutions are genuinely interested to extend loans, develop and expand portfolios, especially with excess liquidity on their asset structure. In addition to their conventional loan business, they will look for viable start-up business initiatives. Under COVID reality, many concerns will go out of business, but many opportunities will emerge too, especially in the digital sphere. The likelihood of such promising start-ups being financed by banks is even higher with many European governments willing to offer various risk-sharing mechanisms to help banks, on the one hand, in their risk mitigation, while helping enterprises, on the other hand, to access financing.

The scale of such a positive pivot within the banking sector towards start-up ventures is still difficult to predict. However, the general trend of post-pandemic, quantitative easing, coupled with the results-oriented, risk-sharing instruments proposed by governments, helps pave the way for new investment, including good start-ups.