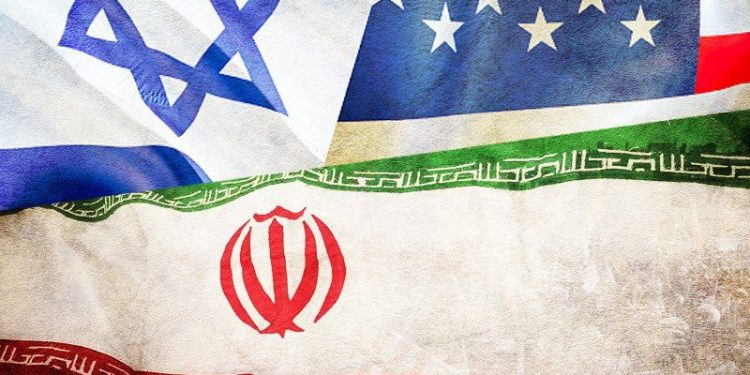 Washington (Brussels Morning) Israel and Iran have changed government. This change of guard takes place as the United States has also seen a change of guard, from President Donald Trump to President Joe Biden. The political realignment seems dramatic, but the diplomatic and security implications are not clear.

The government of Naftali Bennet in Israel succeeds the 12-year government of Benjamin Netanyahu with certain commitments to continuity, not least on Iran. On this front, there is political consensus. But Washington has committed to multilateral engagement with Europe and Iran, which could trigger tension.

To understand how the change of guard in Israel could make a difference in regional security, Brussels Morning speaks to Colonel (ret.) Eran Lerman, Israel’s former Deputy for Foreign Policy and International Affairs at Israel’s National Security Council and presently Vice President of the Jerusalem Institute for Strategy and Security (JISS). Colonel Lerman has also served as Assistant for Analyses to the Deputy Director for Military Intelligence, having a grounded opinion on the interrelation of intelligence, military action, and political leadership. The LSE/Harvard educated Colonel Lerman is additionally an expert on Israel’s relations with Washington, having served as Director of the American Jewish Committee Middle East Office (2001-2009).

Ambassador Tedo Japaridze (TJ): You have served as Director of Israel’s American Jewish Committee. Do you feel that there has been a wedge or a more complicated relationship between the US Diaspora and Israel over the last decade?

Colonel Eran Lerman (EL): Yes, I am seriously worried about the growing gap between the two most important “wings of the modern Jewish bird”. Some of this is obviously due to objective reasons. There is the reality of sovereign life in Israel vs. the uniquely successful but assimilatory experience of American Jewish life. Added to it is the passage of time since the grand formative events which shaped a common agenda – the Holocaust, the War of independence, the weeks of fear which preceded the 1967 War. Israel is a prosperous country economically (200 billion dollars in foreign currency reserves – like an Asian tiger in the old days…) and less in need of North American Jewish giving, although the habit of asking is still with us.

Most significantly, the military experience, central to who we are, is relevant only to very few Jews in America today. And yet there are also political factors and aspects that can be shaped by dedicated action (our new Minister for Diaspora affairs, Nahman Shay, is well versed in these matters – when in the AJC office, he ran the United Jewish Communities office in Jerusalem – the umbrella organisation of the Federations, now called JFNA). First, there is the need to invest much more in Jewish education in America. Then, most important of all, there must come a change in the attitude of Israel towards the non-Orthodox denominations. With the Ultra-Orthodox parties out of government at last (fulminating from the outside against this “reformist” cabinet…) there is perhaps a chance for that, in real matters and over symbolic issues such as an equal prayer area at the Western Wall.

TJ: The government of Israel changes following Benjamin Netanyahu’s 12-year premiership. As the former prime minister was leaving office, he hinted there could be national security implications in his removal from office. Do you foresee a major shift in Israel’s national security agenda?

EL: Netanyahu was implying that an accommodating attitude towards the Biden Administration over Iran will ruin us. I am all in favour of retaining our freedom of action and think the new government has made it clear that it will not compromise on this matter. However, I do think that Netanyahu, while he deserves great credit for holding a firm line on this vital issue, did “manage” to give his position a U.S. political colouring (ie Republican) that made it more difficult for Israeli professionals to make their case. Now we are free of this baggage: and the visits by CoS LTG Kochavi and (former) President Rivlin at least elicited a clear common position that Iran must not be allowed to have the bomb. Bennet is a hawk, so is Liberman, and neither Gantz nor Lapid are “vegetarians”: the so-called CBW, “Campaign Between the Wars”, goes on at full tilt in Syria and beyond, and the U.S. is also willing to strike at Iranian-backed militias. So, at the intel and military level, we have much in common. There will be no dramatic change in Israeli policy, in other words, but friction with the U.S. will be reduced.

TJ: A considerable share of analysts view the rise of Raisi in Iran and the record low turnout of Iranian elections as largely the result of the “maximum pressure” policy championed by Israel. What is your take on the matter?

EL: I continue to hope, pray, and urge international action to free the Iranian people from the grip of these murderers. Perhaps the current signs of unrest will lead to further action. Certainly, the “maximum pressure” has been effective: we see this indirectly as Hezballah has been reduced to plundering Lebanon rather than relying on Iranian largesse. But a revolution in Iran against the mullahs is not a linear development – if it comes, it will do so unexpectedly – and cannot be relied upon as a solution to the nuclear challenge: we need to be prepared with other means, including a credible military option.

TJ: There is a deep divide between how Brussels and Washington view the Palestinian issue. Characteristically, we have EU regulation since 2015 that calls for the labelling of products from the territories captured in 1967. Meanwhile, Washington moved its Embassy to Jerusalem. From a national security perspective, does that matter?

EL: In short – this is a long story – the “purist” EU position on the 1967 lines is a disaster for the Palestinians. It feeds their expectations for an imposed solution that will never come, and on terms that no Israeli government will ever accept. Regardless of Trump’s grandstanding or courtship of the Evangelical vote, the message he sent to the Palestinians was the right one – you will need to prepare for compromise – and there was much that was worthy of attention in Kushner’s “Peace to Prosperity” plan, which can serve as a basis for future negotiations.

TJ: Do you feel that the inclusion of a party of Arab-Israelis in government, for the first time in Israel’s history, is an opportunity for confidence-building between the two communities? Both Benjamin Netanyahu and Naftali Bennett oppose a two-state solution scheme, viewing a Palestinian state as a permanent security liability. What is the fundamental difference with the 1990s, when this solution was seen as the way forward?

EL: As things stand, I see no prospect for permanent status negotiations anytime soon (neither does Biden…). Abbas is too weak, corrupt and tired; Hamas has yet to comply with the quartet conditions. So the position on the 2SS remains irrelevant, and the Bennet lion can lie with the Meretz lamb… Under these circumstances, Ra’am’s presence is useful not in the context of conflict resolution but of conflict management, as well as dealing with the very serious problems of Israeli Arab society, particularly criminal violence.

TJ: The Emiratis and the Saudis are going through a turbulent period. Their geography, it is argued, dictates an instrumentality for Iran: oil exports, finance, and shipping. Do you feel Israel can live with that?

EL: I do not feel fully versed right now on UAE-KSA tensions (over Yemen, etc.) but at the end of the day these pale in the face of the existential threat posed by Iran – and in this respect, their need for a robust and assertive Israel will remain relevant for years to come. They may pretend to lessen the tension with Tehran, but this is just a natural reaction to the perceived American retreat. Israel is their real hope and will remain so.

TJ: As a Georgian, I would appreciate your take on the wider Black Sea region, the recent developments over there, especially after the Second Karabagh War?

El: Of the three, Georgia is our favourite friend… Bound together by many commonalities. With the Armenians, we have an innate sympathy as the victims of genocide (our new government may ultimately follow Biden on recognition of 1915) but for strategic reasons, we have – I had a hand in that – built a relationship with Azerbaijan which is very important to us (for obvious geographic reasons…). Moreover, ever since 1991, it was of great value to us to prove that the six post-Soviet Muslim nations can be our friends!