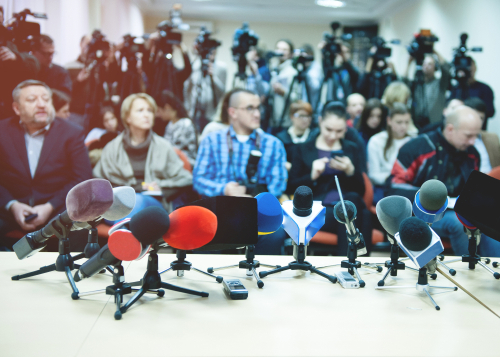 Belgium, (Brussels Morning) Journalists and and human rights defenders will be better protected from abusive court proceedings in a move that seeks to preserve the safety of media workers.

European Commissioner Vera Jourova presented today the EU executive’s plan to tackle abusive lawsuits against journalists and those defending human rights. The proposal will now be assessed by the Parliament and the Council before it can be officially adopted.

“With these measures we are helping to protect those who take risks and speak up when the public interest is at stake – when they report for example on allegations of money laundering and corruption, environmental and climate matters or other issues that are important to us all,” said Jourova.

Strategic lawsuits against public participation, commonly known as ‘SLAPPs’, are a particular form of harassment used primarily against journalists and human rights defenders to prevent or penalise speaking up on issues of public interest.

The Maltese journalist Daphne Caruana Galizia, who was killed in 2017 when investigating the Panama Papers, faced 47 lawsuits by the time that she was murdered. In 2015, human rights defenders, including on environmental matters, were amongst the most targeted in Europe counting with 42 SLAPPS brought against them.

In March 2022, Greenpeace Spain and other groups were sued for defamation by agribusiness Valle de Odieta, after exposing water and soil pollution from a giant industrial cow farm owned by the company in northern Spain.

In 2017, the executive director of Greenpeace France was sued for defamation by Socfin, a subsidiary of the Bollorré conglomerate involved in the palm oil and rubber trade, after Greenpeace France published an investigation into the group’s links to deforestation in Africa.

“SLAPPs impact all those who work to hold the powerful to account, with environmental activists among those most exposed to oppressive legal tactics. It’s in the interest of all those concerned with the health of European democracies and the planet that the legislative measures proposed today are passed into law,” stated Charlie Holt, Greenpeace International legal counsel.

It also establishes several procedural safeguards and remedies, such as compensation for damages, and dissuasive penalties for launching abusive lawsuits.

On top of the upcoming law, the Commission is adopting a complementary Recommendation to encourage EU countries to align their rules with the proposed EU law also for domestic cases and in all proceedings, not only civil matters. Other matters such as training and awareness raising, to fight against SLAPPs are also foreseen.

The new legislation also foresees the coverage of procedural costs, compensation of damages, dissuasive penalties and protection against third-country judgements.