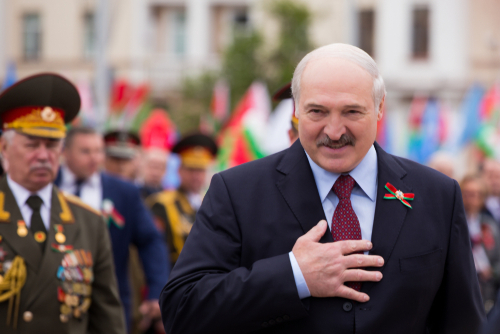 Brussels (Brussels Morning) At the ceremony  bidding farewell to his country’s athletes before they travelled to the forthcoming Tokyo Olympic Games, Belarussian President Aleksandr Lukashenko pointed out that sporting achievements are highly significant not only for athletes themselves, politically, but for the state.

Authoritarian regimes have, since time immemorial, capitalised on their athletes’ glory to earn legitimacy. They are paraded as heroes of the country if they are obedient and, if not, traitors of the people.

Athletes in Belarus have been taking a lead in the battle for democracy by speaking out against President Lukashenko. Since Lukashenko is also the president of Belarus’ National Olympic Committee (NOC), he ordered numerous arrests and attempted to silence any voice that was against the regime. Some months ago, Lukashenko’s son, Viktor, replaced his father at the helm of his country’s Olympic Committee. As the Committee is being controlled by “the family,” members of the sports community around the globe have asked for the IOC to protect its champions.

Brussels Morning is honoured to host a roundtable with two athletes and one former member of the NOC: Aliaksandra Herasimenia, a three-time Olympic medallist and the Head of BSSF; Katsiaryna Snytsina, former captain of the women’s national basketball team, bronze medallist of the European Championship, and a participant of the Olympic Games; Anatoly Kotov, a former secretary-general of the National Olympic Committee and a former employee of the Presidential Administration of Belarus.

AK: What happens when athletes decide to go against the state, for whatever reason? 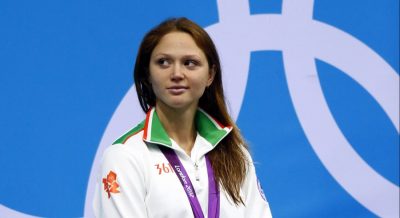 Aliaksandra Herasimenia: The sports system in Belarus is based on the budget funding. The only exceptions are individual clubs, which are rather amateur. Only the sports of the highest achievements, mainly participation in the Olympics, depend 100% on state subsidies. Hence, those athletes who articulated their civic opposition, who called out against violence and election fraud, automatically became people who went against the state. It means they became enemies!

History knows what dictatorial regimes do with their enemies. In the modern Belarusian realities, you will lose the opportunity to continue your sports career, at least. You will be expelled from the team. That is what happened to a Belarusian world champion – the best athlete of Belarus in 2019 – namely freestyle athlete Alexandra Romanovskaya. That happened also to the Olympic medallist, athlete Andrei Kravchenko and one of the best Belarusian basketball players Elena Levchenko and the multiple world champion, kickboxer Ivan Ganin.

The second stage is forced emigration and criminal prosecution. My story is a good example. In countries with a dictatorship, the President is associated with the State. If you speak out against him, you will speak out against your country. These are the realities … 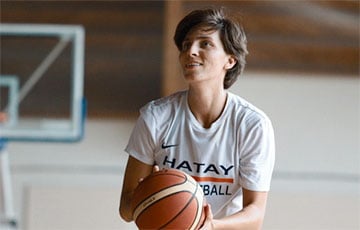 Katsiaryna Snytsina: In Belarus, you have spoken out in support/protection of the people, not the government, and almost immediately you find yourself “pinned.” They will fire you. Your employment contract will be terminated. They will force you to sign a letter of resignation referring to your team spirit with the wording: “If you don’t leave, your team/staff will suffer.” They may not renew the contract, even though you are one of the best in the team, or they may offer a new contact with the added clause: “the player must coordinate every interview with the employer,” who can reduce funding to a minimum, and withdraw the sportsperson from any competition. 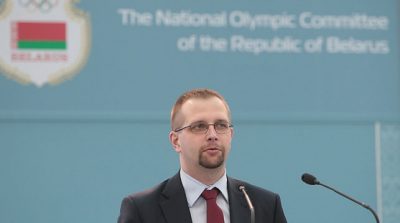 Anatoly Kotov: In 2020, many athletes, seeing the horror that was happening in the country, decided not to be silent. They made it clear that sport was against violence. The authorities regarded it as a betrayal. Because it is clear that violence comes from the official government, it means that the athletes cannot raise their voices against the authorities. The easiest solution is to stop the violence, release political prisoners, and hold fair elections. However, the government chooses different options. They preferred to intimidate, beat, and seize all those people who disagreed. It also affected sports. Many athletes were fired. Some athletes were expelled from their teams, and some of them were arrested. They were deprived of their property, fined, (subjected to) an “explanatory conversation,” and forced out of the country. The training process is complicated too. It is just a shortlist of what the authorities have done with the dissenting athletes. Afterwards, the authorities are surprised (that) the IOC reacts so “inadequately.”

AK: How does Minsk invest and finance the preparation for the Olympic Games in track-and-field as the means of national and international marketing? Why is it so important for the government?

Aliaksandra Herasimenia: The preparation of the Olympic team is provided mainly at the expense of budget funds. The part of the funds for the training of the Olympians, especially those expected to compete for medal placings, is provided through the federations and the NOCs. The financial programmes of the IOC are used, as well as grants from international federations, where provided. Some athletes train through the competition calendars in European clubs. The marketing programmes used in Belarusian sports do not allow funding for the sport and teams. The system is designed in such a way that the attraction of sponsors must be a few companies sanctioned by and close to the government, who are allowed to profit from the games via tax incentives and private funding. This allows the government to fully control the processes taking place in sports. Successful non-state commercial projects in all spheres are rather annoying, they carry autonomy, and there should be no independence from the state.

Anatoly Kotov: Sport is the regime’s favourite toy. It is international marketing for the regime. The only way to talk about Belarus positively is by taking other people’s merits. Therefore, sports are funded quite well. There is a particular reason for that. The greatest part of the finances goes to hockey and football needs, where the results are poor. The rest of the sports are funded on a leftover basis. Therefore, the results are slowly but surely going down. It should be noted, that, since the sport is a way of promoting the regime, the deprivation of the right to hold the major tournaments is justified. It was perceived by the regime very painfully. Until recently, they did not believe that the Ice Hockey World Championship would take place in Belarus. But they did nothing for this. They also staged a scandal for René Fasel (president of the International Ice Hockey Federation) at the end of his career, exposing his photo with Dmitry Baskov. The last one was involved in the murder of Roman Bondarenko, a local activist, who died in October 2020.

AK: What are the athletes’ expectations of supporting the regime and how difficult is it to continue the competition after the support of Lukashenko’s opponents?

Aliaksandra Herasimenia: In such an environment as it is now in Belarus, generally, it is very difficult to continue the competition. In the news stream, people are depressed, exhausted, and stressed out. It is doubly difficult for the athletes. The challenges that they have to overcome in training are exacerbated by the inflow of negative news. The Olympic team has seven athletes who signed a letter for fair elections and against violence. The pressure they have had to face in recent months has been immense. Threats of dismissal, loss of scholarships, and creation of problems in the organisation of training, camps, and participation in competitions, what they had to overcome, they withstood, won licenses, and will go to the Games in Tokyo. I am sure that Belarusians will be especially rooting for these guys!

Katsiaryna Snytsina: I think most of them are expecting that they will not be touched, they will be allowed to calmly practice their favourite sport as if nothing is happening in the country.

Anatoly Kotov: It is an artificial position of being blinkered and not being involved in current events that occur in the country. You believe that if you are quiet and keep silent, you will not be affected by repression. However, violence in one form or another has come to each Belarusian family. Silence does not guarantee security. Who does not believe, they can refer to the Devyatovskys or Domrachevs how it has affected their family members.