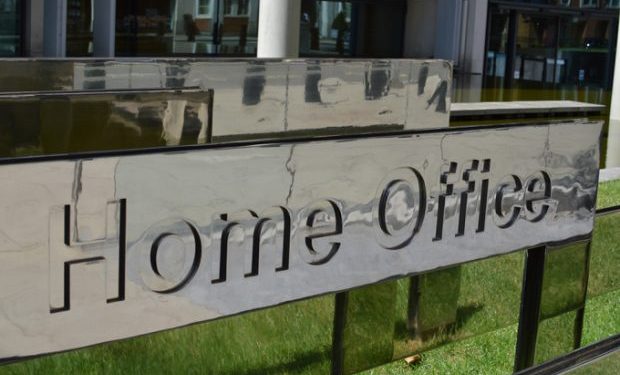 “Everything is on the table”. Those are the words of the Home Office’s Permanent Secretary, Mark Rycroft, on options to consider in the UK’s asylum policy.

Not that the UK’s immigration policy has risked looking soft in the last decade or so, what with ‘Go Home’ vans and the ‘hostile environment’ Theresa May sought to create; under Priti Patel’s watchful eye, it has reached new uncompromising levels.

To such lengths is Johnson’s minister for the Home Department willing to go that internal ideation sessions have reached downright egregious levels while teetering on barmy, as the possible options were leaked to the press.

The first leak came via the Financial Times, disclosing that Patel had looked at shipping asylum seekers to the British overseas territory of Ascension Island, which is over 4,000 miles away in the south Atlantic.

Another came through with the suggestion of processing asylum seekers in disused ferries.

There have also been proposals of using a disused oil rigs in the North Sea, and a secret consultation has been reportedly launched for plans to build floating walls to block asylum seekers from crossing the English Channel from France, called ‘marine fencing’ explored by the trade group Maritime UK.

These are the options that are on the table when it comes to “improving” the UK’s asylum system.

Some of these proposals have been rejected. Others are being seriously considered, and there’s still an appetite for an Australian-style offshore model that could see asylum seekers who arrive in Britain taken to processing centres as far away as Morocco, Moldova or Papua New Guinea.

The ideas sound folly, as opposition leader Keir Starmer said the government was “lurching from one ridiculous idea to the next”. But there is an unwavering conviction in the government to double down on immigration and asylum claims and what it essentially deems as false asylum claims or paint such a picture through hard-line rhetoric.

Arrivals on flimsy boats from France to the English coastal town of Dover have risen this year. By 23 September, they numbered almost 7,000 and in September alone, around 1,900 people arrived by boat, which is more than did so over the whole of 2019.

There’s a burden on people claiming asylum to prove they’re at risk if they go back to their country of origin. A caseworker then determines their fate, which should take no more than six months, but there are often delays that are simply getting longer.

During this time, people are in limbo, as they cannot work and are given cursory remuneration to survive on and often sub-standard accommodation within which to live.

Despite these rising numbers, which is concerning for the dangerous nature of the journeys, they are a small amount of the total number of applications made. According to Refugee Action, 35,566 asylum applications were made in 2019. This is also substantially less than in 2002 when around 84,000 claims were made.

Chris Mason, Political correspondent at the BBC, noted that the government’s message is that even if you make it here, it doesn’t men you’ll get to stay.

Mason also rightfully notes this is not a solely Conservative legacy.

The Labour party has mooted similar proposals in the past.

“It was a Labour government in 2003 that first came up with the idea of using offshore immigration processing centres. The context was a rise in asylum applications to the UK, which had seen a 20-fold increase over 15 years”, writes author Robert Verkaik in the Guardian.

“Having already considered both harsh clampdowns and amnesties for deterring asylum seekers, the then home secretary, David Blunkett, enthusiastically supported by Tony Blair, floated a number of proposals for immigration centres outside the UK”.

The party also considered transit centres on the outskirts of the European Union as a distant buffer between the island and people fleeing their homes.

Whichever side of the political divide the argument comes, the point is the ideas lack logic at best and are otherwise a human rights abuse in the making.

In addition, it has cost exorbitant amounts of cash.

“The main objection to welcoming refugees is we can’t afford the cost,” said comedian Mark steel in a tongue-in-cheek take for The Independent Voices, “So it makes sense that to reduce that cost, we’ve suggested transporting them 4,000 miles away to process their claim. Any family on a tight budget understands this. My mum would often say: “We haven’t any money until the end of the month. So instead of staying in tonight, we’re going to travel four thousand miles to the south Atlantic.””

All joking aside, there are serious connotations to the proposals. The ramifications of the Home Office’s current approach to immigration can already be seen and has brought in a harsh rebuke from parliamentary committees and beyond. It should perhaps be looking to soften its immigration policy rather than hardening it further.