In the face of a food crisis, running out of soil 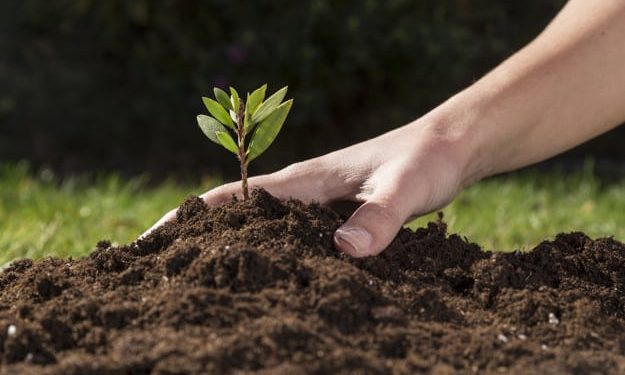 Hamburg (Brussels Morning) Thousands of wars have been fought for “food and freedom,” often in that order. But as our population surges, the UN’s Food and Agriculture Organisation (FAO) is paying more and more attention to the environmental aspects of its mandate. As always, learning is need-driven. And we need to learn fast because we may soon run out of the stuff that makes our food grow: soil.

Food to the limits

A recent Intergovernmental Panel on Climate Change (IPCC) report underscores that the land surface air temperature has risen nearly twice as much as the global average temperature. Climate change, increases in frequency and intensity of extremes, adversely impacting food security and terrestrial ecosystems, accelerating desertification and land degradation in many regions. Agriculture, forestry, meat production and other land use cause 24% of GHGs emissions. Agricultural land use must be reconfigured, as it causes loss of fertile soil and biodiversity. FAO warns that “we could run out of topsoil in about 60 years at this rate.”

To protect our soils, we need to protect the planets’ forests. Thirty percent of the Earth’s surface across land and sea should become protected areas by 2030 to ensure the viability of ecosystems essential to human wellbeing, according to the UN plan on Biodiversity. Because we are driving our global ecosystem to its limits, we are learning that our health depends on the health of the planet. We must learn “to live in harmony with nature, not against it”, says Sir David Attenborough in his heart-breaking film on extinction “A Life on Our Planet”.

The air we breathe, the water we drink, the foods we eat and the resources we extract to build our civilisation are by-products of a healthy planet. Yet, “we are destroying our own home,” says the UN’s Intergovernmental Science-Policy Platform on Biodiversity and Ecosystem Services (IPBES) in a report published last year. We are eroding the very foundations of our economies, livelihoods, food security, health and quality of life worldwide. Rampant consumption and pollution are the primary drivers behind nature’s decline.

Earth can adapt, humans less so

Scientists have come to view Earth as a dynamic entity with four subsystems – the geosphere, hydrosphere, atmosphere and biosphere – all of which interact with each other. These planet processes are interconnected, and their cycles intermittently store, transform or transfer matter and energy throughout the whole system. There is a delicate balance between life and matter.

As the PIK Potsdam Institute for Climate Impact Research reminds us, we are approaching too many tipping points. Many subsystems of the Earth react in a nonlinear, often abrupt, way, and are particularly sensitive around threshold levels of certain key variables. If these thresholds are crossed, tipping points could shift the planet irreversibly into a new state. Most of these thresholds can be defined by a critical value for one or more control variables, such as carbon dioxide concentration.

The US National Oceanic and Atmospheric Administration (NOAA) climate data speak volumes about the climate emergency. If we do nothing, there will be a 3-4°C global average temperature rise, by the end of the century. A mere 2°C could activate a tipping cascade, altering local climates and triggering more intense extreme events that would jeopardize the structural stability of water, agriculture and energy supply systems in many regions of the planet.

Carbon emissions and atmospheric CO2 have exceeded safe thresholds. From 1990 to 2019, global CO2 emissions have risen by around 70%; atmospheric CO2 concentration has registered an almost 20% rise, reaching a staggering 415 ppm – well beyond the critical threshold of 400 ppm and twice as much compared to the 1900-1990 period. Extreme climate events and climate variability have intensified across every continent.

Circa 2.5 billion years ago, the Earth was a very different place and its atmosphere didn’t have free oxygen. In the oceans there was simple forms of life. Mostly, you could find anaerobic bacteria that would metabolise their food without oxygen. All of a sudden, new life appeared.  Photosynthetic, prokaryotic blue-green algae called cyanobacteria became widespread and triggered a sequence of events that led to a mass extinction and eventually changed the Earth. Such was the metabolism of these tiny new beings that they could convert sunlight into energy. They would produce oxygen as a waste product. But oxygen was a gift to all other bacteria and living creatures that existed back then.

Over time, the planet’s natural sinks were unable to absorb the increasing amount of oxygen produced by a growing population of cyanobacteria. A mass extinction started. Long story short: these tiny creatures caused a climate catastrophe and a major glaciation that almost wiped out life on Earth. However, all of a sudden, new species appeared that could use the now abundant oxygen to thrive. And a new cycle started.

Such is the miracle of life on Earth.  Nature sets the boundaries that define what Johan Rockström calls “the safe operating space for humanity”. Clearly, Earth will survive the damage that we inflict. We, however, may not.

Since 2019, the world has been literally on fire. The Arctic was hit by unprecedented devastation. According to the World Meteorological Organization, these fires have emitted 50 megatonnes of carbon dioxide into the atmosphere, which is equivalent to Sweden’s total annual emissions.

The brushfires are a global phenomenon and – contrary to what most people think – they were not unexpected. The fires in Southern Australia, for example, match the 2007 projections of the Intergovernmental Panel on Climate Change. Climate change, including increases in frequency and intensity of extremes, has adversely impacted food security, contributing to desertification.

The ultimate objective of the United Nations Framework Convention on Climate Change is to achieve stabilisation of greenhouse gas concentrations in the atmosphere at a level that would prevent dangerous anthropogenic interference with the climate system. The story of the green-blue algae is a dire warning. The need to change is clear.

Last week, the FAO’s partner agency the World Food Programme (WFP) won the Nobel Peace Prize in recognition of its untiring efforts to defeat hunger and bolster the world’s resilience to food insecurity in its continuing response to man-made challenges of food distribution. FAO meanwhile continues to lead international efforts to defeat hunger and improve nutrition and food security.

Yet, the bottom line remains stark. What is at stake over the next decade is the land itself.