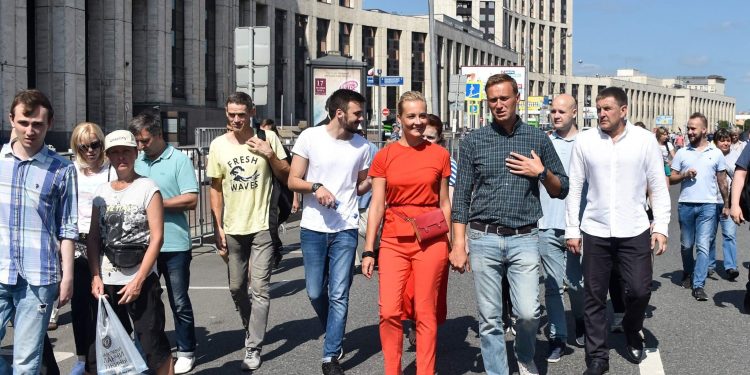 Brussels (Brussels Morning) Unnamed EU officials cited by DPA and AFP say the bloc has agreed to impose sanctions against six Russians and one organization over the poisoning of Russian opposition politician Alexei Navalny, according to DW reporting on Wednesday.

Sources say EU ambassadors meeting in Brussels agreed to freeze assets and impose travel bans, leaving exact details to be decided in coming days. The sources pointed out that sanctions will be levelled against Russian security apparatus officials, adding that the organization in question is the Russian State Research Institute of Organic Chemistry and Technology.

Russia still denies any involvement, with Russian Minister of Foreign Affairs Sergey Lavrov threatening to cut diplomatic ties with Western countries if they proceed with announced sanctions. On Tuesday, Lavrov indicated it was likely the Kremlin would have to stop talking at least temporarily with foreign policy makers in the West. He was critical of the people in question, claiming they failed to understand the importance of mutually respectful dialogue. Next day, Wednesday, he warned that Russia would respond in kind to any sanctions initiated by the West.

Last week, Germany and France proposed sanctions against Russia, to be targeted at individuals considered responsible for the breach of international law by virtue of their official function. Given that Navalny was poisoned with a Novichok nerve agent, both countries concurred that action should be taken against bodies that are involved in the Novichok programme.

The Kremlin asserted on Wednesday that the EU was treating it unfairly over the Navalny incident and that this was intolerable, Reuters reported. Kremlin spokesman Dmitry Peskov said Moscow was not the one shutting down dialogue, reiterating that the EU’s treatment of Russia was unacceptable.