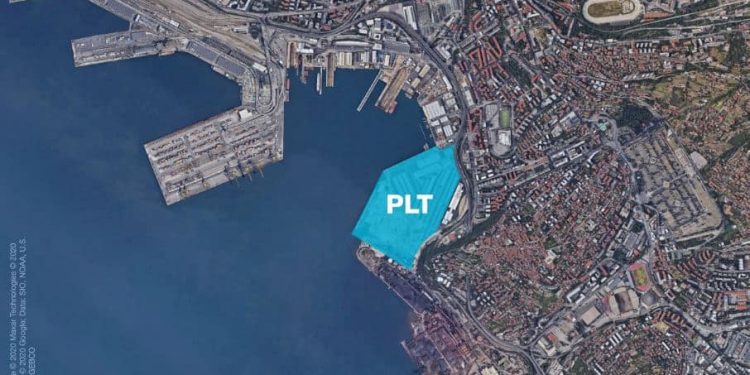 (Trieste, BM) A takeover with European significance was formalized at the City of Trieste on Wednesday, 30 September. 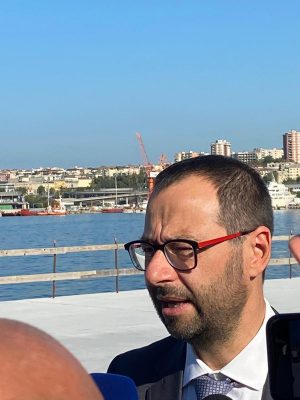 The new logistics behemoth is now set to reopen Central Europe’s historical road connecting to the Mediterranean, Africa and the Far East. Of equal significance is that the logistical corridor being created promises to boost multimodal trade between European regions, in line with European Commission priorities.

Speaking to Brussels Morning, PLT’s lawyer points to the roadmap ahead, Francesco Munari, noting that “while the closing is subject to various conditions, it is expected to take place smoothly in 2021.”

Given yesterday’s visit to Italy by US Secretary of State, Mike Pompeo, Italian media were quick to pick up on the timing of the investment, seeing it as a signal of sorts to the far side of the Atlantic, even if that, perhaps, is more like a comforting afterthought. The real significance of the emergence of the German-Italian giant is what it says about the European Commission’s underlying strategic narrative.

Brussels Morning sat down with the President of the Port Authority and ESPO’s Vice-Chairman Zeno D’Agostino, its Secretary General Mario Sommariva, and Vanna Coslovich, Head of Communications and Media Relations at the Port of Trieste to discuss the deal and its significance. The investment bolster’s EU connectivity, against the backdrop of souring international tensions and a looming new cold war between the US and China.

A European Champion in the Making

This is the third takeover by the Hamburg logistics company, taking into account the Odessa, Ukraine, and the 2018 Estonian terminal operator, HHLA TK Estonia in Tallin. The publicly-owned German port has now reached out to acquire a mid-sized port that was being sought after by Chinese investors.

Metrans, the Hamburg Port Authority’s rail subsidiary has been linked to the port of Trieste with its European intermodal network since 2016. With this new investment, the German City-Port of Hamburg gains a prominent position at Europe’s southern gateway to Central and Eastern Europe.

In 2019, Italy became the first G7 country to sign on to China’s Belt and Road Initiative (BRI), signing a bilateral Memorandum of Understanding that covered a number of sectors, including logistics. In the logistics sector, there are number BRI state-funded projects whose profitability has been underwhelming, despite skyrocketing high deficit financing. Part of the challenge is the fear shared between Washington and Brussels of the envisaged geopolitical implications.

One of the points of criticism turned against the Italian Government MoU with China at the time was lack of European coordination. That was a criticism of EU policy, or the lack thereof, as well as of Italy.  But this takeover agreement is more in tune with the priorities of a geopolitically-informed European Commission narrative.

For the EU’s export-driven economy, the question is not whether to engage with China, Europe’s second-biggest trading partner, but how?

For centuries, the port city of Trieste was a pivot point between empires. It was a thriving port at the very core of Europe. Then, for nearly 70 years, Trieste’s geopolitical star waned. Now, Trieste appears ready to become a new East-West trade hub, linking a vast expanse of railway networks along intermodal corridors with ships set to dock in a zero-carbon world. “Fundamentally, what’s happening is that the port of Trieste is returning to the logistical role for Europe that it had for the old Austro-Hungarian empire,” D’Agostino explains.

The Port of Trieste offers excellent development opportunities in hinterland traffic. The PLT terminal has its own rail connection and the Italian seaport prides itself for being a “rail port.” In 2018 Trieste ranked first among Italian ports for rail traffic, D’Agostino says, cargo volume having surged by 63% between 2015 and 2018.

The HHLA’s Executive Board Chair and one of the few female leaders in the logistics industry, Angela Titzrath, makes clear that the ambition is to become nothing less than a European champion able to “shape cargo flows,” internationally.

The takeover is a major step towards the further integration of efficient non-road transport modes along the TEN-T EU corridors linking Northern and Southern Europe. The corridors aim at achieving the environmental objectives set by the EU and ensure the modal shift from road to rail; necessary for the future of a net-zero economy while binding together a complex network of high-capacity rail links.

“Thanks to the railways, Trieste is the only Italian port with a truly international catchment area. We have hundreds of trains traveling weekly between key industrial and logistics hubs within and outside Europe,” D’ Agostino says.

“One of our main strategic targets is a further increase of the modal share because we believe that rail intermodality is crucial for becoming more environmentally friendly,” D’ Agostino adds.

The take-over sees a German company prevail over a Chinese bid. The Chinese narrative of a “benign, win-win solution of Eurasian connectivity” flies in the face of American fear of Chinese geopolitical expansion. Zeno D’Agostino suggests that Europe needs “a third way” between the American and Chinese narratives.

Even as the move will boost European connectivity and transregional integration, the door to Chinese trade and exchanges remains open, he assures.

The Silk Roads have existed for thousands of years and represent an economic, social and cultural reality that cannot be ignored, according to D’Agostino. The BRI, instead, is a political, economic and geostrategic project with a date of birth and a state sponsor. “Therefore, what I say is that we cannot contemplate breaking these vital routes, seminal for development and culture, that connect the Kerneuropa to the vast openings of the Eurasian landmass.”

D’Agostino’s frequently cites Parag Khanna’s new theory of competitive connectivity, referring to cities as the battlefields of the twenty-first century. In this scheme, ports are the epitome of connectivity. Far from being merely access points, in D’Agostino’s eyes, ports are multilayered, hypervigilant super-connectors, where flows of goods and knowledge shape the future of manufacturing, consumption, energy and societies.

China has been aggressively seeking strongholds in EU connectivity, advancing mostly economic objectives in Europe’s Single European Market. In 2016, COSCO Pacific Ltd acquired a 35% share of Rotterdam’s Euromax Terminal. In Greece, China is seeking to transform Piraeus Port into the biggest harbour in Europe and the main hub for trade between Asia and Europe.

Beyond the EU, China has built a portfolio on the EU’s periphery, including Kunport, the third largest port in Turkey, as well as shares in Haifa and Ashdod in Israel.

However, the adoption of the EU-wide investment screening system in 2019 will ensure that future investment projects are assessed from a security perspective as well as for their expected economic impacts.

To the great displeasure of the US Administration, this will not mean that deals will be automatically blocked. The EU is likely to seek a balance between cooperation and competition.

Trieste is an Italian city but probably not Italian in its essence, admits Mario Sommariva, the Port’s Secretary General. Its identity is akin to that of a centre of the Mitteleuropa.

The 1954 Memorandum of Understanding that returned Trieste to Italy, created a sort of Anglo-American protectorate. At the time, the port of Trieste was seen as key to deterring Russia just as it is now seen as key to containing China.

D’Agostino underlines the relevance today of the port’s history, noting it retains its WWII free-port status, which comes with several customs-related benefits for transit goods. These range from VAT to local and national tax exemptions, plus greater access and incentives for foreign investors such as the offer of a great value proposition in the city’s new logistics park (“Freeste1”). For its part, Hamburg has abolished its freeport (Freihafen) and is now acquiring a new platform of this kind.

Vanna Coslovich, the Port’s Communications Director, points out how city and port were always deeply interwoven, creating a scientific and cultural hub for the Friuli Venezia Giulia region, hosting the most important Italian Science and Technology Park, and the globally renowned Biotechnology and pure physics facilities.

The new terminal covers a total area of 28 hectares and is located within the Trieste free port zone. General cargo transports are primarily handled in the northern section of the terminal along with logistical services. A new area, soon to become the real heart of the future terminal, is currently being built in the south. The newly developed deep water area for seagoing vessels is expected to start operations in the first quarter of 2021 and is designed to handle container and RoRo traffic. The capacity of the PLT terminal will then comprise a total of approximatly 300,000 TEU, 90,000 RoRo units and 700,000 tons of general cargo. There is also an option to significantly expand the terminal capacity into adjacent areas.