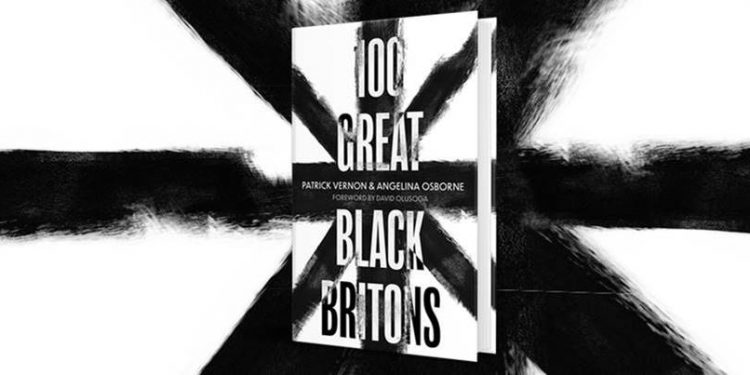 London (Brussels Morning) When the British Broadcasting Corporation conducted a poll of the 100 greatest Britons in history almost two decades ago, not one Black person made it onto the list. That omission triggered Patrick Vernon to initiate another list to acknowledge 100 of the greatest Black Britons, around a year later alongside researcher and heritage consultant Dr. Angelina Osborne. At the time, it was the most successful UK campaign to acknowledge the history and achievement of the African and Caribbean community in the country over the last 1,000 years. That list has now had a refresh and has been encapsulated into a book. Dr. Osborne spoke to Brussels Morning about the book’s inception and the current cultural moment within which it’s been released.

Sophia Akram (SA) Could you summarise the book and its genesis for us?

Dr. Angelina Osborne (AO): “In 2002, the BBC ran a campaign inviting the British public to vote for their greatest Brits. There were 10 programmes broadcast over two weeks with celebrities arguing the case of a particular historical figure and why that person should be voted greatest in Britain. It captured the imaginations of hundreds of thousands of people, but the final list didn’t include any person of colour, except Freddie Mercury, who most people do not realise was born in Zanzibar and of Parsi heritage. All the people you would expect were on the list — your war heroes, well-known musicians like John Lennon. Captain Cook was on there as was Elizabeth I, Winston Churchill and Isambard Kingdom Brunel. So, they were really celebrating British history without any thought for Asian or African people.

“So Patrick Vernon had the idea about a list of 100 great Black Britons to show there were so many they could have included. Through research and working with other historians, we came up with 100 people and built a website around the concept.

“What’s interesting is that there are no Black or Asian people in the original list because the history that people understand and know and that’s been taught is overwhelmingly white and is also overwhelmingly male. Back then, it was a response and it also gained some media coverage.

“Mary Seacole was voted as the greatest Black Britain — a Jamaican nurse who went to the Crimea and set up a hotel by herself and looked after injured soldiers.

“The website has been used as a resource since, but we’ve noticed a few things since that time.

“We watched closely the decision for Britain to leave the European Union, and were struck by the racist undertones of that campaign, and again, the narrow view of history many people seem invested in. This ‘two world wars and one World Cup’ kind of thing; the Battle of Britain and how Britain did it all on its own, which is completely false. Britain relied very heavily on its colonial manpower to fight the Second World War. And the Brexit discourse was getting just more and more ugly by the day.

“The second thing was the Grenfell Tower tragedy, which was underpinned by race and class.

“The third was the Home Office’s immigration policy that was disproportionately impacting people of Caribbean heritage — what they call the Windrush scandal.

“So, in late 2018, we decided to rerun the campaign to remind people of the multicultural nature of this country; that the history of Britain is a global history; and to celebrate the contributions of African Caribbean people.

“At the same time, the publishing company Robinson approached us for the book, which was published 24 September.

“We hoped it would restart the discourse on the importance of teaching the history of African and Caribbean people in this country”.

SA: What were the criteria for deciding the greatest Black Britons?

AO: “We opened up nominations online and held events with nomination cards. With the help of a panel, we whittled down the names according to criteria: they had to be of African or Caribbean heritage, British, use their platform, privilege or status to support the advancement of the Black community and had to have overcome racial, faith, gender or social barriers.

“There were a lot of names on the original list, so it was difficult, and many of them had regional relevance, whether that was in the Midlands, the north, south, etc. We did include their names at the end of the book, but the final 100 had broader familiarity. For example, author Bernadine Evaristo, and politicians David Lammy, Dawn Butler, and Diane Abbott.

“There are also many people in the arts, such as Margaret Busby, who is one of the first early black publishers. Some who were in the 2003 list also came up again, such as comedian Lenny Henry. And we included once more a range of historical figures: Olaudah Equiano, Mary Prince and Ottobah Cugoano were three people who had been enslaved and had written about their experiences between the 17th and 19th centuries. They demonstrated the abolition movement was not just about white men in Westminster. There was a lot of anti-slavery activity among the enslaved population trying to liberate themselves and control their own futures.

“William Cuffey, William Davidson and Robert Wedderburn also featured in the book who were part of the radical political tradition of the early 19th century. And then there are those of literary-historical significance like Ignatius Sancho from the late 18th century.

Activists like Stafford Scott, who’s been very critical of the police and police processes, were placed, as was Dr. Aggrey Burke, one of the leaders in psychiatry around looking at the causes of black mental health. Many who’ve been vocal from the LGBT community, such as Lady Phyll and Munroe Bergdorf, featured as well. So, we tried to cover as diverse an area as possible on the list.

SA: More people are now conscious of being inclusive of Black people and other people of colour in recruitment and representation; for instance, there’s been a large call out for more Black journalists and authors to engage. Does that transition to an adequate representation of their issues, do you think?

AO: “I do wonder about that. People asking for more Black writers, it’s interesting to me, what was the issue before George Floyd that you didn’t want them? And now you do want them, is it just about saying that you have hired more people of colour to write for your magazine? Is it performative? I worry about that a little. Suddenly, all these programmes have come on TV, but is it sustainable? And to what extent are you going to be able to talk about issues that black people want to see on television or in print? In the 1980s, there were these interesting programmes like the Bandung file, where lots of black journalists, presenters and producers talked about specific issues affecting Black and Asian communities back in the 80s. We need something like that now. Not just a one-off show for Black History Month.

“I’ve turned down a lot of things because I question whether people would still be interested a year from now or are asking me to say something now in the midst of Black suffering. You’re sort of rolling on a moment. They weren’t interested in my opinion when people had already been killed in custody — it’s been going on and it’s still going on. So, I wonder. Let’s see where we are a year from now.

SA: There’s a campaign to get 100 copies of your book into every school. What are your thoughts on decolonising the curriculum?

AO: “Okay, so I wouldn’t presume to say that 100 Great Black Britons is going to change everybody’s minds about the inclusion of Black Britons in the English historical narrative. What I do hope it will do is to be a jumping-off point. It’s 100 profiles, where there is some biographical information, but I’ve put those people into their correct historical, social, cultural, and political context.

“If someone reads a profile and finds it really interesting, they can go and find out more about them. It’s not enough for one book to provide all your needs about Black British history — that would be totally unrealistic because there are many books before our book and many historians who are doing all this amazing work making people understand British history is a global history.

“Many people still want to recall history as all the wonderful things the British achieved and to fill up with nostalgia. But I feel like you can curate your nostalgia, right? You can pick and choose what works for you within the narrative. What the book is really saying is you can’t talk about this without talking about that. You can’t talk about Captain Cook without talking about what it’s done to Australia — for indigenous people, it’s the worst day of their life when you touch down on their land.

“So, just to have that awareness, and I think that a lot of young people are asking for that. They’re not really satisfied with the Royal Britannia narrative.

SA: The issues that we’re talking about are not unique to Britain, what relevance do they have beyond this country’s context?

AO: “Belgium’s King Leopold is a classic example of when they did the scramble for Africa with the Berlin Conference of 1884.

“Leopold wanted the biggest slice of the African cake and he proceeded to engage in the most horrific genocide of the people of the Congo and then tried to destroy the paper trail. In Brussels, there are statues of Leopold when most people are not even aware of what he was doing in Congo, and maybe not even thinking about why there are so many African people from Congo living in Belgium. That is the common thread that runs through all of our narratives. Maybe someone in Belgium would feel inspired and write a book on 100 Great Black Belgians”.