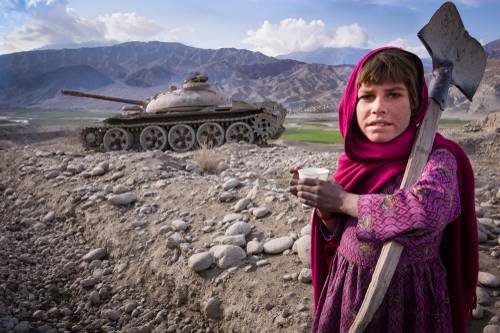 Washington (Brussels Morning) There is anger in Afghanistan and desperation. Imagine being in the shoes of Professor Omar Sharifi, an American-educated Assistant Professor in the American University of Afghanistan, Senior Research Fellow and Kabul Director of the American Institute of Afghanistan Studies. In Short, your name is associated with the qualification “American,” time and again.

For the last 20 years, the United States did not only send soldiers to Afghanistan but promoted a new kind of politics that promised to enable ethnic and political pluralism, as well as gender balance. These are the kinds of things that might have angered the Taliban. And the Taliban are marching.

Dr Sharifi is invested in people in general and those of Afghanistan in particular.

He studied medicine and then cultural anthropology.  He graduated from the Kabul Medical Institute in 2003, and worked as head of research for the Foundation for Culture and Civil Society in Kabul. He then went on to study Cultural Anthropology at Columbia University and complete a PhD in the field at Boston University, defending his thesis in 2019.

He is a new kind of leader in Afghanistan, of the kind that emerged over the last twenty years, wondering about his future as US forces withdraw.

Ambassador Tedo Japaridze (TJ): As American and NATO forces are leaving Afghanistan, there is a sense that the government is focusing on densely populated urban centres rather than trying to assert sovereignty everywhere. Do you expect mass waves of refugees in the months to come?

Professor Omar Sharifi (OS): The rapid American withdrawal (in less than 3 months) created a huge logistical problem for the Afghan Army. American private contractors were responsible for supplying the army and once they were withdrawn, without much coordination with the Afghans, many army units found themselves surrounded or completely cut off. This coupled with the incompetence of the Ghani’s administration resulted in the loss of many districts and areas to the Taliban.

The Afghan government currently plans to hold the cities and provincial centres as it lacks manpower and logistical capabilities to supply remote districts. On the other hand, the Taliban have no plans to govern. By whip and intimidation, they just want to rule.

Given this reality, I strongly believe that many people will be forced to leave their homes to flee to the cities (happening already) or leave the country altogether.

TJ: Are Western powers leaving behind their allies unprotected?

OS: Yes. According to Afghan officials, the U.S and Western Allies withdrawal is in haste and without any consideration for the future. It is simple abandonment.

TJ: As Western powers move out of Afghanistan, regional players may weigh in more significantly. Do you see Iran, Pakistan, India, and China playing a more active role in Afghan affairs? We heard about Turkey’s intention to assist. The Iranian MFA made a statement in this regard.

OS: Countries in the region are focusing on one thing now: getting the Americans out of Afghanistan.

Pakistan is the biggest winner of this contest. I am not sure if any of the other countries in the region are properly reflecting on the prospect of Taliban rule in major parts of Afghanistan.

Iranians have been providing support for Taliban for years now. However, the Taliban and their regional allies, such as Pakistani-based extremist groups and the Islamic movement in Uzbekistan, actually target the Afghan Shia population indiscriminately. I do not know how long Iran can continue its pro-Taliban policies.

TJ: There is a perception that Taliban have a {Pashtun} nationalist foundation, besides a culture of toxic fundamentalism. However, there is a feeling that there is a surging transnational movement stemming from the Islamic State that is gathering support from different ethnic groups. Do you feel this will urge the Taliban to out-perform the Islamic State in extremist positions, or will they reach out to the government for power sharing?

OS: This assessment is incorrect. The Taliban do not have nationalist foundation. They are an ideological movement with deep ties to Islamist movements in Pakistan and the region. Some elements of Taliban believe in quasi-nationalist ideas but the majority of their leadership – like the Haqqani Network – are hardcore Jihadist groups. ISIS policies in Iraq and Syria were built on the prototype of Taliban 1990s experiences in governance. They haven’t changed and will return to their old ways if they are allowed to take over power.

TJ. Can anyone share power with the Taliban? Do you feel there is a reality in which Taliban fights merge with a National Army to form a chain of command with political accountability?

OS. The current peace effort is a test to prove whether Taliban can transform from a Jihadi / ideological group into a political movement. The experience in Afghanistan 1990s and in Iraq and Syria proved that this transition is a difficult one.