by Andrey Kortunov
in Features, Our pick 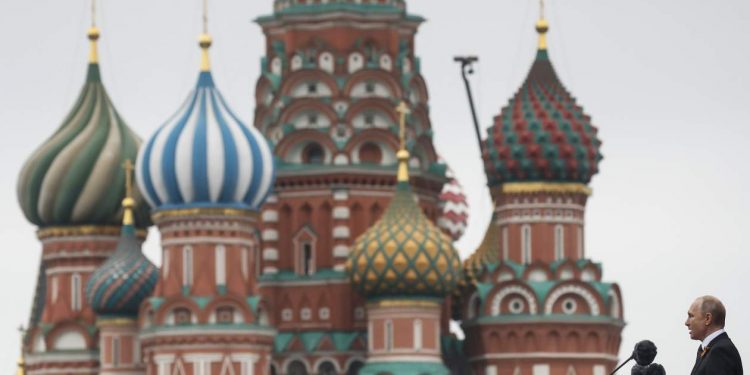 How Russia deals with its sphere of influence

Moscow (Brussels Morning) Once upon a time, some 30 years ago, I had a conversation with one of the wisest men at the Soviet Institute of US and Canada Studies – Lieutenant General Mikhail Milstein. The General had already retired from the active military service and worked at the Institute as a distinguished research fellow. We discussed a chain of democratic revolutions in Central Europe and the nervous reaction to these sweeping changes coming from the Kremlin.

“You know, – Mikhail Abramovich observed, – Gorbachev now looks like a hen, who accidentally hatched a couple of ducklings.  Nothing is wrong about that, such things do happen. However, young ducklings never stay with hens for long. Within weeks or even within days of hatching, they usually strike out, looking for a pond or a river to swim.  Today you can see our poor hen rushing along the riverbank and calling back home her beloved ducklings, but this is hopeless -they will never come back”.

I recall this metaphor when I look at the current reaction from the Kremlin to events in Belarus, in the South Caucasus and in Kyrgyzstan. The ducklings – each of them in its own way – are deserting the henhouse and are trying to get to the river. Will they make it? Nobody knows for sure. Vladimir Putin, unlike Mikhail Gorbachev, does not watch this in bitter despair; he tries to intercept the deserters and to make them return to where he thinks they belong.  Is there any chance that he will be successful?

One can argue that the year of COVID-19 and the subsequent global recession is an ideal opportunity for the Kremlin to reassert its grip on at least some parts of the post-Soviet space. The West is much weaker today that it was just a couple of months ago. There is apparently no appetite for confronting Russia either in Belarus, or in the South Caucasus, not to mention Central Asia.

The United States is obsessed with its election drama; the European Union struggles with its immense domestic challenges; the glorious days of liberal triumphalism are gone. Arguably, the Russian leadership has much more freedom to line up its remaining clients in the post-Soviet space today, than it had before the “perfect storm” of 2020 started. One can also assume that today, in the middle of economic hardships and decline of real incomes in Russia, Putin, more than ever before, needs success stories in revitalizing the still popular concept of a post-Soviet integration. However, so far we do not observe any such success stories. Why?

First, the experience of the last global financial and economic crisis (2008–2009) invites conjecture that, in the current upheaval, Russia will suffer more in relative terms than most of Western countries. The prospects for even a partial recovery of global oil prices are dubious. Accumulated financial reserves might shrink significantly.

The threat of Russia being pushed out to the periphery of the global economy remains real, especially with new Western sanctions in the pipeline. Accordingly, the resource base for supporting Russia’s allies, partners and clients is likely to get thinner. On top of that, with the oil age coming to an end, the Kremlin can no longer count on chip oil and gas as the reliable foreign policy tool it used for so many years in dealing with its post-Soviet neighbours.

Second, the pandemic is certainly boosting isolationist sentiments inside the country and is reducing public support for an active and energetic foreign policy. Previously, the public saw demonstrations of Russia’s presence abroad as an affirmation of it as a “superpower”, something to perceive in a solely positive light.

Now, this presence is viewed with increasing frequency as an unfounded waste of shrinking resources. For instance, the Russian public has expressed an implicitly negative attitude towards a possible interference into the Azeri-Armenian conflict. It may be concluded that, given the pandemic, the so-called “Crimean consensus” is becoming entirely ineffective, and it is becoming harder and harder to justify Russia’s hyperactive foreign policy in the eyes of the country’s population.

Third, as long as Russian current political, social and economic models remain unchanged, it is hard to win the minds and hearts of Russian neighbours – even those who harbour no strong anti-Russian sentiments.  Look at Belarus – it remains one of the very few Russia friendly countries. However, who in Minsk today would seriously consider imitating the Russian antiquated and inefficient governance model?

In short, the Russian hen has to learn how to swim, if she does not want to stay alone on a deserted and unhospitable riverbank.