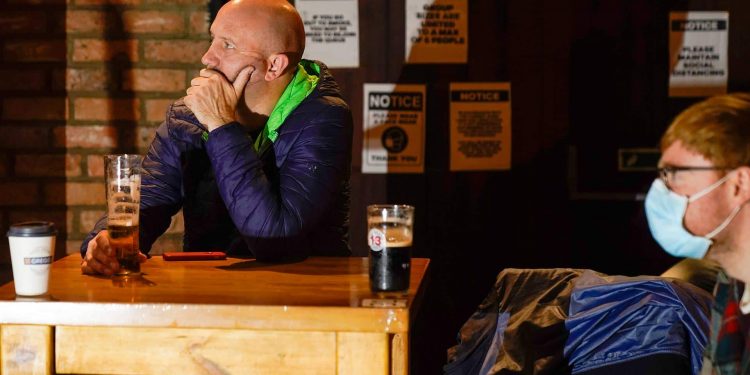 As the number of positive cases has surged across the country, officials are now worrying the predominantly affected younger population will pass the virus to more vulnerable people, including older relatives.

The new system is aimed at streamlining existing rules, which have been vastly localised.

Under the new system, tier one, a medium alert category, will apply to most of the country and see the current rules in play known mainly by its rule of six for social gatherings and early closing times for pubs, bars and restaurants.

Tier two will be applied to a high-risk area, affecting many regions already on local lockdowns, including many localities in the north of England. This level will preclude inter-household mixing. If people meet outside, they can be in groups of no more than six.

Tier three is a “very high” alert level where cases are causing considerable concern. The restrictions will see pub closures and no gatherings inside homes or in private gardens.

As devolved nations, Scotland, Wales and Northern Ireland will devise their own restrictions.

Local leaders can also agree to additional measures where needed, that could see other venues close, such as gyms.

“The message that we did deliver to those leaders in Merseyside was that we need to take these steps, we probably even need to go further but that we want to design those steps jointly between ourselves and local government”.

The county of Merseyside, including Liverpool, will enter tier three restrictions. However, business leaders, including the hospitality industry from where legal action was launched against the government (now paused), lamented the impact the measures would have on the local economy and salaries.

Some said restrictions need to be tougher.

“I am not confident, and nor is anyone confident, that the tier 3 proposals”, said chief medical adviser Chris Witty.

“If we did the absolute base case and nothing more, would be enough to get on top of it”.