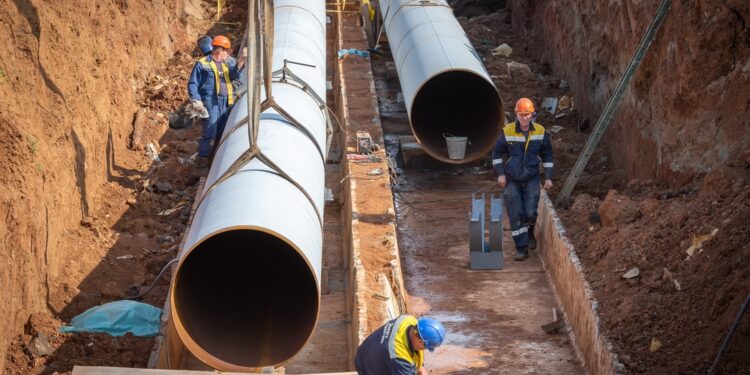 The actual construction of the park will start in September, reports the letter posted by a local resident on Skyscrapercity . The neighbourhood will be invited for information sessions about the work.

In a second phase, the old harbour sheds will first be demolished and the soil contamination will be tackled, then a skate park will be built and the landscaping will be completed.

It is estimated that the park will take approximately two years to build, after which it will open to the public in 2024, said BRUZZ . After that, another five years will be needed to treat the polluted water. Beliris was not immediately available on Thursday to explain the remediation

The folder for local residents shows the planned zones within the Becopark. For example, a wide promenade along the canal, with a cobblestone border that recalls the industrial past, and multi-sports areas for basketball, volleyball or football.

The former warehouse Ackermans, which also bears witness to its industrial past, will be completely renovated. There will be a catering business and an entertainment room. The building will also have terraces that will form a new connection between Havenlaan and the canal.

In the shade of the trees there will be a public garden with benches and picnic tables and a play area for young and old with a sandpit, table tennis tables and a kicker table. The skate park at the foot of the Suzan Daniel Bridge has been designed in consultation with the Brussels skaters.

Finally, there is a large sunbathing lawn with a wooden terrace next to it. Events will also be organised here from time to time.