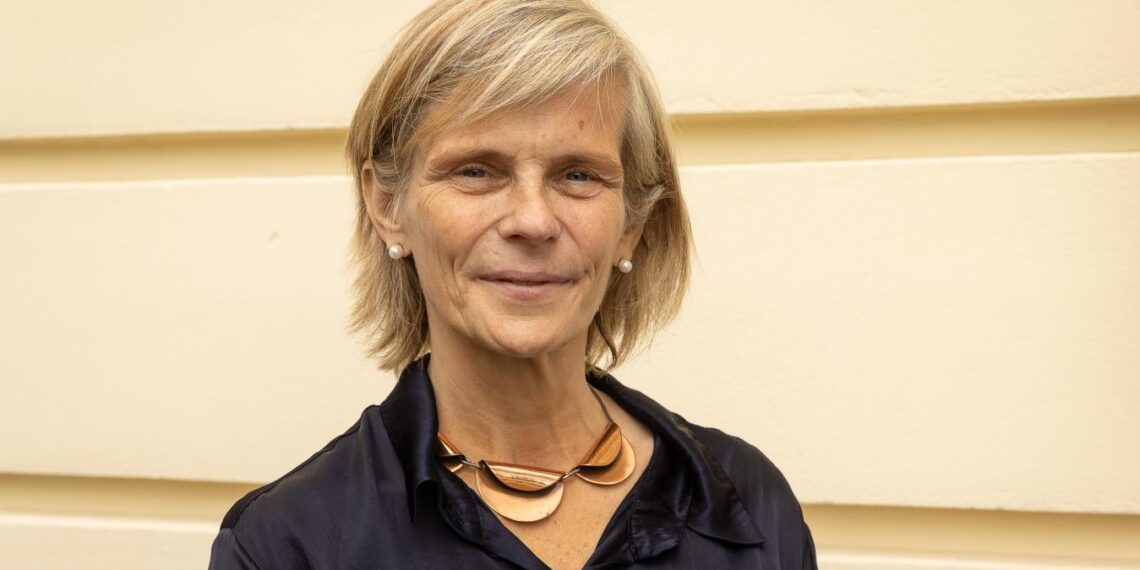 Brussels, (Brussels Morning)- Former rector of the Vrije Universiteit Brussel (VUB) Caroline Pauwels treated the students to ice cream, waffles and pancakes on Wednesday. She wanted to give them a helping hand in the run-up to exam period, but the treat was also a way of thanking them for her years as head of the university.

Caroline Pauwels was rector of VUB from 2016 to 2022. In February she had to resign from that position because she suffers from stomach and oesophagus cancer. She said that her condition could no longer be combined with the heavy tasks associated with being rector. Her role was taken over by Vice-Rector and Professor of Physics Jan Danckaert, who, in addition to Dirk Devroey, Professor of General Practice, is also a candidate to become the new Rector .

Although she is no longer active as rector, Pauwels wanted to welcome her students back to campus after a long absence due to the corona crisis. “I had the idea for a while, but we had to move it every time. Now that we can meet again on campus, I wanted to celebrate that in a very simple way with the staff and the students,” Pauwels tells BRUZZ . For her, however, it is more than a welcome.

When Pauwels had to resign in February, she said she was unable to say goodbye to the VUB students. “It is a farewell on the one hand, but also a sign of thanks on the other. A university revolves around its students, they should be the motivation of every rector,” says Pauwels. “Of course you also do it for science, but the students will always be the driving force behind the university.”

Pauwels has no plans to retire from academia completely, but her health is the priority at the moment. She hopes, as far as possible, to be able to leave her mark on the VUB.

“Of course I am still appointed as a teacher, but before that it remains to be seen how my situation evolves. I will then discuss with the future rector whether it is relevant that I work with him,” says Pauwels. The board of directors of the VUB can authorise Pauwels for certain tasks next year.

Pauwels wants to continue working on the WeKONEKT.brussels project, a collaboration between the VUB and the ULB that aims to strengthen the city on a social level through education and science. There is also the Emergency Fund Caroline Pauwels, an initiative that tries to combat unequal educational opportunities.

“We are also working on a project that was mentioned in the policy: the Poincaré Academy of Critical Thinking. It would be great if I could contribute to that. There are a lot of projects and I realise that it is difficult for someone in my situation to participate in all of them,” says Pauwels.

Word for the students

“Students have now lost almost three years of their lives due to the corona crisis, and that has been very tough. But try to enjoy your student days as much as possible, discover the world, don’t let yourself be reduced to minor setbacks, that’s not what it’s about,” Pauwels advises the students.

Although there are many problems in the world, according to Pauwels, such as climate change and geopolitical crises, “history has taught us that the answers have always come from the younger generations.” “Every time, youth is a promise for the future. Accept that position, be that promise that improves the world,” concludes Pauwels.