One in three crèches not in order with language legislation 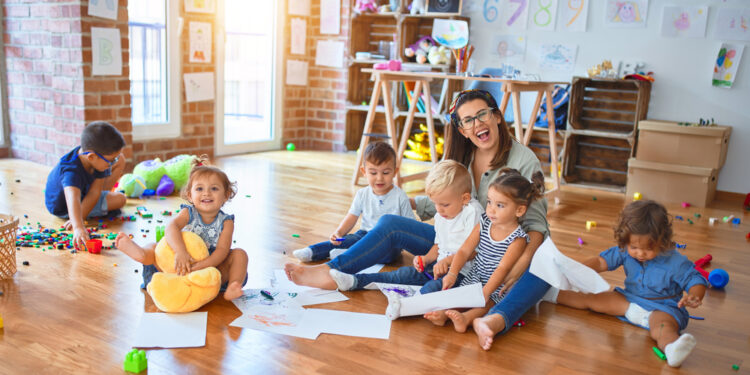 Brussels, (Brussels Morning)-  In principle, a Dutch-speaking crèche in Brussels must be organised in Dutch. Nevertheless, the Flemish Care Inspectorate has identified 75 violations of the language legislation in recent years, out of a total of just over 200 crèches. Five nurseries had to close as a result.

The care inspectorate has carried out 306 inspections in Brussels childcare between 2017 and now, more than half of which were commissioned by Kind en Gezin. At the moment, the Brussels region still has 201 recognized reception locations by the Flemish community. This concerns both group care and family care (reception parents).

In 75 cases the childcare turned out not to comply with the language legislation: either because there was no Dutch-speaking responsible person or childcare worker present (38 cases), or because the crèche did not focus enough on stimulating Dutch words and language development in the children, or, for example, could fill in the right pedagogical tools in Dutch (37). Kind en Gezin says that eventually five crèches had to close because the language problems were not solved. Nurseries have also moved to the French-speaking community on their own initiative.

As a rule, in every recognized crèche in Brussels, at least one childcare worker must know Dutch. So should the person in charge. If the crèche also receives subsidies, all supervisors must speak Dutch. For crèches without subsidies, childcare is possible in other languages, as long as the rest of the organisation is in Dutch. Think of the communication with the parents, the website or the employment contracts of the staff.

The health care inspectorate cannot say how many language complaints are related to subsidised or private crèches. At the beginning of April , a BRUZZ  report showed how difficult it is to find staff in child care. “The language requirements are not excessive or bad, but I wonder if you don’t work better with  on-the-job language training ,” says Flemish Member of Parliament for Brussels Celia Groothedde (Green). “With such a large staff shortage, people can start working without having to study the language first.”

That is not an option for N-VA MP Annabel Tavernier. “It’s a both-and story. Of course it is important that there are sufficient staff, but we will continue to insist that these people are Dutch-speaking,” she says. “Toddlers should be able to indicate in their own language that they are hungry, thirsty or in pain. And if a child falls, the parents must be able to be notified in Dutch. Those are also safety elements.”

In the meantime, there is still an investigation committee in the Flemish Parliament into the safety of childcare. This came after the death of a baby in a Ghent nursery in February. “The committee has not yet discussed language legislation,” says Groothedde, who is the rapporteur.

According to Kind en Gezin, one Brussels crèche has been closed in the past five years due to urgent necessity. That happened in June last year. “There were several shortcomings in terms of organisation and pedagogical policy, which were not eliminated,” says spokesperson Niels Heselmans.

In the same period, apart from the language problem, the care inspectorate checked a total of 68 crèches after a complaint from parents. “It is always complaints that we are concerned about in one way or another,” says Niels Heselmans. They can range from the fruit juice to flawed pedagogy, staff shortages or real abuse. “But also about language. That is also serious for certain people,” says Heselmans.

The N-VA also thinks so. “Childcare is often the first place where non-Dutch speaking children come into contact with Dutch, the language that offers opportunities,” says Annabel Tavernier.