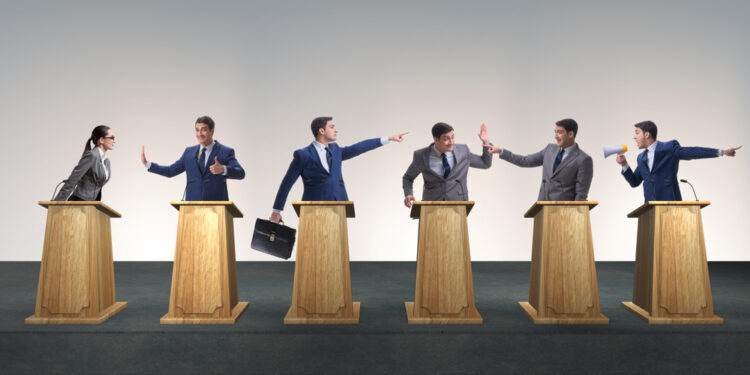 Brussels, (Brussels Morning)- Since the late 1970s, the number of community conflicts within the federal government has been declining steadily, according to new research from Ghent University. If there are upheavals in the quarrels between Flemish and French speakers, they often relate to Brussels. “Many debates about language relations also fueled the conflict at the federal level.”

On the basis of political yearbooks and digital newspaper archives, PhD student Maxime Vandenberghe (UGent) examined all government conflicts between 1979 and 2018. With this he wanted to answer the question whether the various state reforms have increased or decreased the tensions between Flemish and French speakers. The first part of Vandenberghe’s research was published this week in the trade journal Ethnopolitics and also attracted the attention of De Morgen reported BRUZZ.

In total Vandenberghe counted about 1,300 conflicts. His analysis shows that the number of Community conflicts is declining. Vandenberghe is careful about the possible motives behind this.

“A whole range of factors can influence the number of conflicts within a government, such as the composition of a coalition and the economic context. And it is not the case that agreements on a state reform always immediately cool down. Sometimes yes, sometimes not. But the chance There seems to be a strong connection between the state reforms and the gradually decreasing number of community conflicts, because state reforms to a certain extent separate the fighting groups.”

Run-up to the Brussels region

If there are upheavals in the quarrels between Flemish and French speakers, they often relate to Brussels, the researcher confirms to our editors. “The formation of the Brussels region has weighed heavily on the federal government. The principle of regionalization was already enshrined in the constitution in 1970. However, it took until 1989 before the Brussels region saw the light of day. Those two decades of searching for Brussels regionalization are clearly visible in my figures.”

Moreover, it is not only the Brussels regionalization itself that has led to conflict. “The situation around Brussels, such as in the municipalities with facilities or the Vlaamse Rand, also regularly led to riots,” it sounds.

“Finally, the language struggle in Brussels itself also played a role. After all, Brussels was set up as a mirror of the federal level, where parity, for example, also had to be present. Many debates about language relations also fueled the conflict at the federal level. In this way, discussions about language relations in Brussels quickly become discussions about the broader Belgian system.”

Did the birth of the Brussels region in 1989 have a calming effect? “That’s very hard to say,” said Vandenberghe. “In the very short term, we see that conflict remains after this state reform. It takes a while for those tensions to dissipate. But it is very difficult to make statements about the consequences of the state reforms right now. The picture is mainly one of strong fluctuations. The only trend that can be identified is that of a general pacification over the decades.”

Another observation that Vandenberghe makes: seldom are all Flemish parties opposed to all French-speaking parties in Community files. “One of the few moments when that happened was during the discussions following the controversial split of the BHV electoral district,” it sounds.

“Community conflicts in the past were often language conflicts, but from the 1980s, with the introduction of the Pacification Act in 1988 ( which confirmed a special status for the municipalities with facilities, ed. ) tensions. In that sense, the BHV saga was a striking upheaval that had not occurred in this proportion for a long time. Moreover, it was one of the few situations where there was real front formation and in which Flemish and French speakers faced each other.”

“The popular image of Belgium as a country where North and South are in constant disagreement about community issues is wrong,” says the researcher.

“We are often told that the absence of a federal constituency is the recipe for a dramatic outcome. In the same context, it is often argued that Flemish and French speakers in Brussels do work better together because they are all Brussels residents and because they would have a shared electoral space. However, these statements need to be nuanced. The idea that the split parties and the absence of a federal constituency are recipes for a spiral of conflict is wrong. At least within the federal government, politicians seem to clash less and less, even if they do not share the same electoral and media landscape.”

Vandenberghe, however, advocates caution in interpreting his research results. “Of course I only examined the federal government and not the regional governments. So that’s just one small piece of the puzzle. The formation time also tells an important part of the story, but was not discussed here. So I cannot say much about the functioning of Belgium and whether the state reforms have brought about ‘peace’ in the longer term. More research is needed first.”