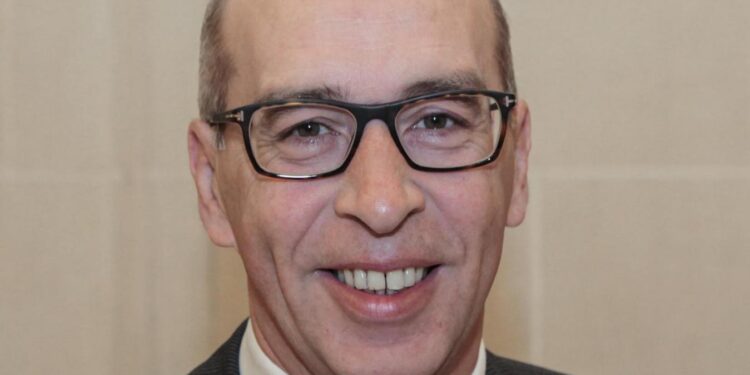 Brussels, (Brussels Morning)- Who is Michel De Herde (Défi), the Schaerbeek ships accused of transgressive behaviour by a fellowship? “A quick and intelligent thinker, but also someone who can be very aggressive.”

Schaerbeek’s alderman for French-speaking culture and Equal Opportunities Sihame Haddioui (Ecolo) lodged a complaint against her colleague Michel De Herde (Défi) on Monday for sexually transgressive behavior and violation of indecency. The latter denies, as reported by BRUZZ

Michel De Herde (57) is a veteran of Défi (the former FDF) in his municipality. The native of Schaarbekenaar studied economics and started his professional career as a teacher and employee of the Jacques Georgin study centre of the FDF. He also became a parliamentary assistant. He has been a member of the Schaerbeek municipal council since 1989.

Since 1995, De Herde has been continuously alderman in Schaerbeek, where his party has been supplying the mayor for decades now. Since 2012, he has exercised the important Education competence. He also carries the necessary weight as ships of Budget. De Herde received 1,338 votes in the last election.

People who work with him describe De Herde as a very quick and smart politician. “He was therefore able to explain his files extremely well,” says Marc Weber, chief of staff to Mayor Cécile Jodogne (Défi). “In the city council he is sometimes called ‘le professeur’,” says Steven Van Garsse, chief of politics at BRUZZ and Schaerbekenaar, “with the disadvantage that he can sometimes come across as arrogant.”

Several witnesses also paint a portrait of De Herde as a real power politician, who often engaged in political tactics, flirting now with the MR and then with the PS. A man who can also be very cassant and harsh towards municipal employees. “But there is still a difference between yelling at people and sexually transgressive behavior,” said a privileged source. “I have no indication of the latter, except for Mrs. Haddioui’s complaint.”

It is now looking forward to the continuation of the complaint. “If it stays with one testimony, it’s word against word,” analyses Marc Weber, who does not want to question Haddioui’s version, but also points to the presumption of innocence. “If more stories come out, that will change things.”