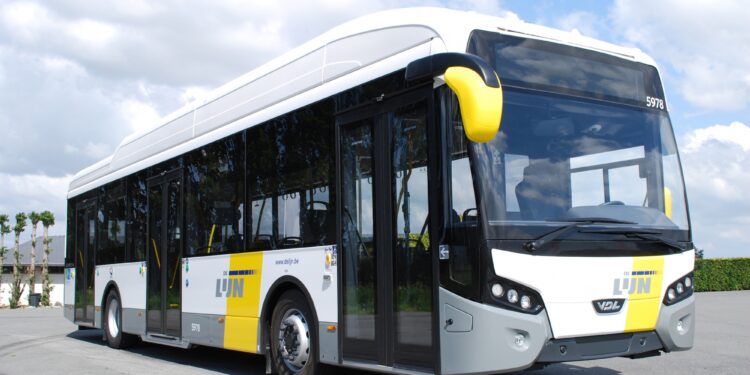 Brussels, (Brussels Morning)- With the disappearance of the mask requirement on public transport, passengers from De Lijn will again be able to board through the front doors of buses and trams. The Flemish public transport company has announced this.

The other corona measures on De Lijn’s vehicles are also disappearing, such as the plastic foil that shields the driver’s post. Travellers will again be able to take a seat in the front row.

Passengers will also be able to validate their ticket again and pay contactless at the front of the bus. Paying cash in bus or tram is a thing of the past: that was abolished in 2020.

De Lijn tells BRUZZ that not all vehicles will be back to the way they used to be from Monday. “It therefore concerns thousands of vehicles, both from De Lijn and from the subcontractors, where the foils and other physical safety measures have to be removed,” says the public transport company in a press release. “This removal job will take several days.”

The doors were closed at the start of the corona crisis to minimise the risk of contamination for the driver. The fact that all corona measures on public transport will disappear “automatically means that travellers will have to get on again through the front door via the driver instead of further on on the vehicle, just as was the case before corona,” says the Flemish Minister of Mobility. Lydia Peeters (Open VLD) in the press release. “This in turn ensures more direct contact between our drivers and the travellers.”

Passenger organisation TreinTramBus has been arguing for some time in favour of reopening the front doors of De Lijn’s vehicles to passengers, as the Brussels public transport company STIB had already done at the beginning of April . “This decision benefits customer-friendliness,” says TreinTramBus. “We can finally breathe a sigh of relief now that passengers on the train, tram and bus no longer have to hide their smiles.”

Buying tickets from the bus driver is also a thing of the past at STIB. Some time ago, STIB introduced contactless payment for those who do not have a subscription or multi-event card.

De Lijn also points out that it continues to focus on maximum ventilation by keeping the windows and roof hatches of vehicles open. Drivers can continue to wear a mouth mask if they want to, just like the travellers. The plastic films are also kept in order to be able to reposition them if necessary.