Collection point for aids to Ukraine has to move 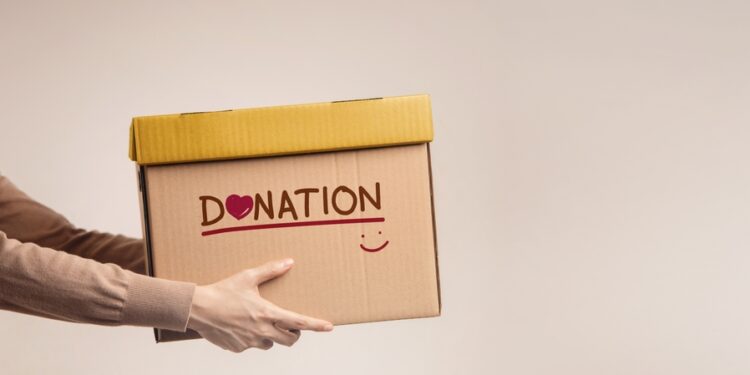 Brussels, (Brussels Morning)- The collection point at Palace 11, where resources for Ukraine were collected, will have to move. Due to the sharp drop in the number of donations, Brussels Expo states that the space is no longer used efficiently. Palace 8 is currently the most likely location.

Palace 11 served as a collection point for relief supplies for Ukrainians for three months. Several organisations, the Brussels Region and the Ukrainian embassy all worked together to provide assistance to people in the conflict zone. The initiative may have to relocate soon due to declining numbers of volunteers and donations.

At the very beginning of the war, the Ukrainian embassy received dozens of donations every day. The embassy building soon proved too small for the abundance of resources, and they sought help from the Belgian government. Brussels Expo offered help by opening a meeting point in Hall 11.

“When the war had just started, we were getting between 200 and 500 loaded cars a day. That figure has since fallen sharply. Today we barely see two or three cars,” said Brussels Ukrainian Sergiy Lytvyn, president of the Renaissance de la Nation organisation, an organisation that provides aid to Ukrainian refugees.

Since the opening of the collection point, 70 trucks have already driven to Ukraine, good for about 1,300 tons of relief supplies. This mainly concerns medicines and hospital equipment. “We also transport a lot of food, clothes and blankets,” says Lytvyn.

The products were given by various organisations such as vzw BEforUkraine. A large part, however, came from private individuals. “I understand that the donations are limited, people only have so much at home,” explains the chairman of the organisation.

Lytvyn, along with his partner Andriy Pasynok, used his connections through their construction and renovation company to find trucks that carry the tools at a modest cost. Unfortunately, transport companies are currently less able to offer assistance, mainly due to rising living costs,” said Lytvyn.

The chairman does not intend to stop the donations, he still wants to provide ambulances, hospital beds, hospital equipment and other resources to his country. “We are currently waiting for a large shipment of drugs and insulin from the United States. I am extremely grateful to all the partners who have helped me with this initiative.”

Although nothing is official yet, all eyes are currently on Paleis 8 as a new collection space. The space is smaller and better suited to the declining number of donations. The Ukrainian embassy and Brussels Expo are trying to find a solution together. “We think it would be better if we only organise collection moments one or two days a week. The number of donations is currently too small to run at full capacity,” says Emin Luka, director of operations at Brussels Expo.

“We were able to use the space for three months. We also notice that it is no longer necessary to have such a large collection point. It also costs the city a lot of money, we fully understand this step of Brussels Expo,” a diplomat from the Ukrainian embassy told BRUZZ. The decision will more than likely be made next week.