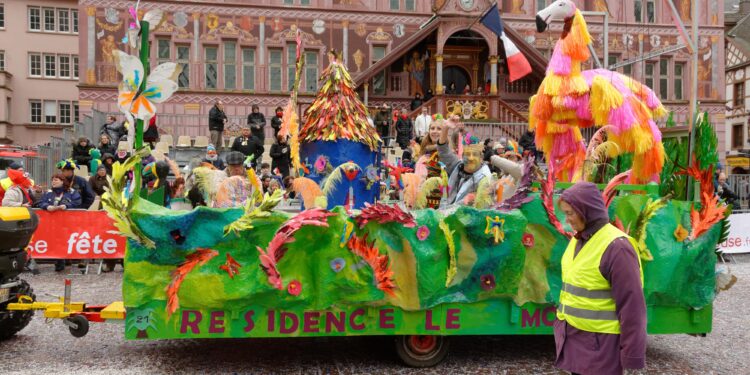 BRUSSELS (Brussels Morning) – On the afternoon of Saturday, at least 1,800 people passed through the Marolles for the tenth edition of ‘Carnaval Sauvage’. At the end of this popular festival, hundreds of people participating in the carnival gathered at Tour and Taxis to build a large campfire. That party, however, ended in a bad way, when it came to riots with the police.

“Everything was going well,” Florian tells the story of the evening. “We had started at Vossenplein and then made our way to Tour en Taxis with intermediate stops at the skatepark of Les Brigitinnes and the Congress Column. The plan was to build a big campfire there. Anyone who wanted could burn their costumes there.”

Until then everything had been festive, “but around half past ten the police came to stop the party with a huge show of force with the water cannon and tear gas. It’s a shame it had to end like this.”

‘Event was not requested’

“There have been a number of incidents,” confirms Carla Lonneville of the Brussels-Capital-Ixelles police zone to BRUZZ. “At one point, projectiles were thrown by some of the participants present there. The police had to intervene to restore public order. Ultimately, there were no administrative arrests. However, a few people have been questioned, whose identity has been recorded.”

“This event was not requested,” Lonneville emphasises, “so there was no admission and we also had no contact person to talk to.”

1,800 people for the tenth Carnival Sauvage in the Marolles

At least 1,800 people passed through Marolles for the tenth ‘Carnival Sauvage’. From the Vossenplein, the participants went to the centre of the city in homemade costumes.

In the Marolles, at least 1,800 people took part in Carnival Sauvage on Saturday. This is an annual carnival procession that has now been in existence for ten years. The meeting started on Vossenplein under a radiant sun. From there the procession moved to the centre of the city.

Traditionally, the participants dressed up in homemade costumes, often made from recycled materials such as drink cans, and then danced through the city. The carnival procession presented itself as a kind of counterforce to all kinds of influences that prevail in the city, from political to financial and real estate interests.