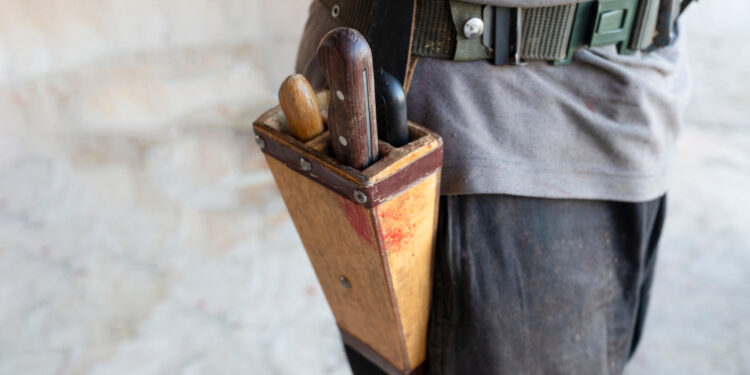 Brussels, (Brussels Morning)- Eighty percent of the slaughter at Abattoir is ritualistic, unstunned slaughter. If these are banned, the future of the Anderlecht slaughterhouses is at stake.

Hearings are currently being held there on the ban on slaughter without stunning. A number of proposals of ordinance have been submitted about this, by Défi-Groen-Open VLD, N-VA and Vlaams Belang as reported by BRUZZ.

According to Tiebout and Thielemans, the economic importance of ritual slaughter in Brussels should not be underestimated. “We’re talking about eighty percent of the slaughter,” said Tiebout. The meat is mainly intended for the local market. Every year about 50,000 animals are slaughtered in Anderlecht, mainly cattle, sheep and goats.

If the ban comes into effect, the Anderlecht slaughterhouses will have a year and a half to regulate themselves. “We don’t know what that will mean, but that creates a lot of uncertainty,” said Tiebout.

Tiebout and Thielemans also made it clear that it is not easy to turn Abattoir into a profitable slaughterhouse in such a short time. “We are not an industrial slaughterhouse. Craftsmanship is still important to us. That also risks being lost.”

Much also depends on the operator of the slaughter line. That’s not Abattoir itself. If he gives up because ritual slaughter is prohibited, Abattoir will have to look for a new operator.

They also do not believe that a ban on slaughter without stunning will improve animal welfare. “It will mean more transport to our neighbouring countries where ritual slaughter is still possible.”

According to Thielemans, they are already preparing to take over the Brussels halal and kosher market, if the ban on slaughter without stunning is voted here.

They also fear that the ritual slaughter will still take place in Brussels, but behind closed doors. “And then there is no longer any control over animal welfare.”

“We mainly supply the Brussels market. This short chain is also important in terms of sustainability,” says Abattoir. The ban on slaughter without stunning in Flanders and Wallonia has not led to a sudden expansion of Abattoir. “We didn’t focus on that either,” said Tiebout.

There are 25 slaughterers working in the slaughterhouses of Anderlecht. Together with the meat cutters, Abattoir employs about two hundred people.

The future of the Anderlecht slaughterhouses is in any case uncertain because the slaughter line only has a permit until 2028. A new permit must then be applied for, including an impact study.

In addition, the Brussels Region is preparing a master plan for the site, including housing, a swimming pool and economic activities. In addition, it is far from certain that the slaughterhouse can still have a place there.