Freedom of the Press?Greece in the Autocratic Vortex of the Mitsotakis Administration 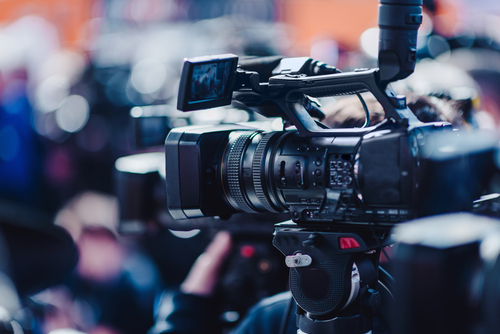 Camera at a press conference

Belgium, (Brussels Morning Newspaper) Independent journalists and Freedom of the Press itself have been systematically targeted in Greece for the better part of the last three years -ever since Mr. Mitsotakis right-wing government came to power-.

From the first day of the new administration, in July 2019, the public broadcaster, as well as the national news agency, were transferred under the administrative control of the Prime Minister himself, with the aim of turning them into instruments of insistent and uncritical propagation of the administration’s narrative.

The close, co-dependent relationship of the prime minister’s inner circle with the small caste of media moguls, who are also engaged in highly-regulated business sectors and maintain close ties to the Greek political elite, has imposed monopolistic ownership conditions for local media and strangled the life out of pluralism in the Greek media. Opposing voices originating from both within the political system and society at large, were either completely cut off from the mainstream of news reporting, or else restricted to a degree at the very least insulting for an EU member state. A degree barely sufficient to keep up appearances, until it was not.

While the first wave of the pandemic was raging, and citizens were coping with a hard lockdown, coupled with the terror of an unprecedented existential insecurity, the government made sure to dispense millions of euros to friendly media outlets by way of the notorious -and for some time at the start, quite nebulous- “Petsas List,” of which less than 1% was reserved for media opposing or criticizing the government. Its murkiest aspect: no one knows the criteria used to distribute the funds. In fact, no one has been convinced that there were any criteria at all, other than outlets’ perceived “friendliness” to the government.

Those journalists that investigated the political aspects of the Novartis scandal and doggedly pursued the dirty money down dark channels, not only found themselves indicted before the court (as had been the expressed wish of the parliamentary majority), but they also witnessed the presumption of their innocence torn and sundered repeatedly, as the Prime Minister himself, along with top members of his government, would publicly decry them as members of a criminal organization, that must be jailed. Meanwhile the government, acting under the pressure of politicians and other actors embroiled in such scandals, not only withdrew a long overdue law draft for the protection of whistleblowers, but has failed to transpose the relevant European Directive. While these lines were being written, the pledge of the Greek Ministry of Justice’s Secretary General, Panos Alexandris, to the MEPs of the Democracy, Rule of Law, and Fundamental Rights Monitoring Group (DRFMG- under the LIBE Committee) that the draft would be submitted on the Opengov.gr webpage for public consultation “tomorrow morning” (“tomorrow” being the 29th of April) had yet to be fulfilled. The government’s proposed text remains unknown…

Journalist Giorgos Karaivaz, well-known for his work reporting on organized crime and corruption, was killed in a mob-style assassination on the 9th of April, 2021. European Commission President Mrs von der Leyen had then described his murder as a “despicable, cowardly act.” The EU is closely monitoring the case and understands that 13 months later, not only does this despicable and cowardly act remain unpunished, but the investigation seems to have made no progress at all.

There has been an exponential increase in the number of SLAPPs by powerful business interests, against several journalists, with the aim of exhausting them, and intimidating the rest. The message is clear: Self-censor or suffer. The Commission’s announcement of a Proposal for an anti-SLAPP Directive might seem like a comforting development, but I fear that while we wait for its implementation, the situation is going to get a lot worse.

The most recent chapter of this depressing story concerns the double surveillance of journalist Thanasis Koukakis, first by EYP (the Greek National Intelligence Agency) and subsequently by use of the Predator Spyware. One cannot help but wonder, exactly how was national security threatened by the investigations of a finance editor challenging government practices favoring white collar criminals? For what reason did the Greek government hurry to change the law, as soon as Koukakis perceived he was being surveilled, so that the surveillance would remain secret? And since the government denies having procured the Predator spyware, why are they insisting on not investigating whether private actors are in possession of an instrument posing such a danger to the privacy of every citizen in the country?

Even after all the above, the plummeting of Greece’s position in the RSF’s World Press Freedom index came as a huge shock, even to those familiar with the antics of this dystopian administration. Where in the 2021 ranking Greece had dropped 5 positions, this year the country found itself dropping from the 70th to the 108th place: That is a 38-place drop, in just one year, putting Greece firmly at the worst position among EU countries.

The RSF’s country report on Greece further affirmed a number of problematic aspects of Press Freedom in Greece, in addition to those mentioned above:  Governmental oversight of the public media has undermined its editorial independence. Recent amendments to the criminal code passed under the guise of combating the pandemic excessively limit press freedom and violate Greece’s international commitments as well as European legal standards. The right of journalists to publish information in the public interest is seriously hampered, while the risk of self-censorship has escalated. Sexism in the workplace frequently plagues female journalists. Police repeatedly use violence and impose unwarranted bans to hamper the coverage of demonstrations and the refugee crises.

Predictably, the index triggered a full-blown (albeit anticipated) outrage on behalf of the Greek government, with ministers and MPs parading in news bulletins to echo the same demeaning and ironic remarks against the RSF.

Věra Jourová’s press release, regarding her recent meeting with Greek government spokesperson Giannis Oikonomou in Brussels, should be enough to dispel any doubts concerning the above.

The Vice President of the Commission displayed, behind the typical, deliberately diplomatic phrasing, that talks concerned the full range of the above subjects, while referring to most of them specifically, thus confirming what we knew was coming for some time, unpleasant as it is for us Greek MEPs: That this government and its dangerous practices regarding the quality and freedom of information, have put Greece under the close scrutiny of EU institutions, treading the same slippery ground that Hungary and Poland did before it.

The Orbanization of Greece must be halted. As soon as possible.

Tags: Freedom of the PressMain-SliderMEPOpinion section
No Result
View All Result