Brussels residents want to set up school for Ukrainian children 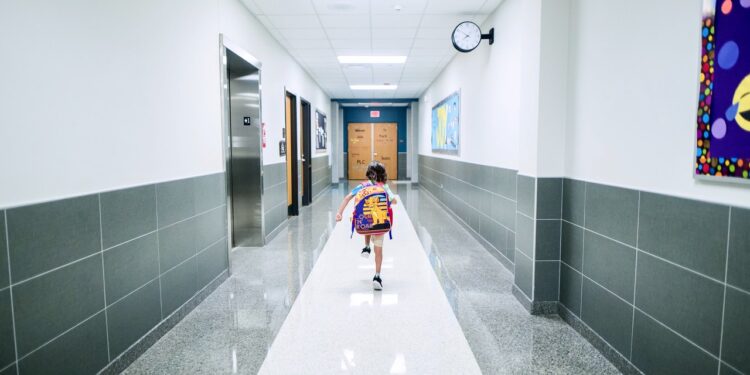 BRUSSELS (Brussels Morning) – Maria and Kira, two women from Brussels with Russian and Ukrainian roots, soon want to set up a school for Ukrainian children who have fled their country. The duo is still looking for volunteers and especially a building. “Children need a soft transition and must be able to continue speaking their language.”

Of the more than 13,000 Ukrainian refugees that the country has registered so far, four in ten are minors, according to the latest figures from the cabinet of State Secretary for Asylum and Migration Sammy Mahdi (CD&V). Three out of ten Ukrainian refugees in Belgium are even younger than twelve. After their registration in Hall 8, the children can go to regular education, but two women from Brussels also want to set up a school for Ukrainian children.

“We see that the registration involves a lot of formalities. The paperwork takes time and it takes a while before the children can go to school. There are also families who take a reticent attitude towards regular education, because they wish to return to school as quickly as possible in Ukraine,” said Maria, one of the two initiators. “In addition, shelters are temporary. If they can go to school somewhere, they may have to go to another school a few months later, maybe even in a different language.”

A school where the refugee children can follow lessons in Ukrainian is in the interest of continuity, says the woman of Russian origin. “I have lived in Europe for 15 years and have experience in setting up schools. What is happening in Ukraine is a tragedy for the citizens,” she says. “Children are torn from their environment overnight. Their integration here will take a lot of time, because there is no connection whatsoever between Ukrainian and Dutch or French.”

“Children need a soft transition and should be able to continue speaking their language. It gives them more options if they want to return later, otherwise they can also learn the local language,” Maria continues. “Research shows that the chances of success of refugee children increase if they can maintain the link with their origins.”

The initiators launched a call for volunteers and qualified personnel on social media. In addition to support staff and teachers of French and Dutch for beginners, the pair are also looking for Ukrainian-speaking teachers and psychologists. Dozens of people have already signed up.

“Many Ukrainian refugees are trained to be in education or have experience. Such a school can also help adults who end up here. There are also non-Ukrainians who have volunteered to help.” In time, the initiators hope that they will be able to get the Ukrainian teachers a full-fledged job. “The economic interests are great.”

Maria and Kira’s project is called Vesna, Russian and Ukrainian for ‘spring’. It is not yet clear how many Ukrainian children and teenagers will be able to attend classes. In the first place, the initiators are still looking for a building in Brussels. “There are already a few options for this. There should be more clarity in the coming weeks.” The duo also prefers to set up more than one centre and is therefore also looking at options in Flemish and Walloon Brabant.

In La Dernière Heure, Minister of Education in the French Community government Caroline Désir (PS) already announced that the school should not count on official recognition. It remains to be seen what the legal status of Vesna will be. “There are already many independent private schools,” emphasises the initiator.

“The most important thing is that the school can open as soon as possible, so that children can continue their education quickly,” said Maria. “Some have not gone to school for weeks.” The initiators rely on donations from individuals and the private sector to finance the project. “We don’t count on the state.”