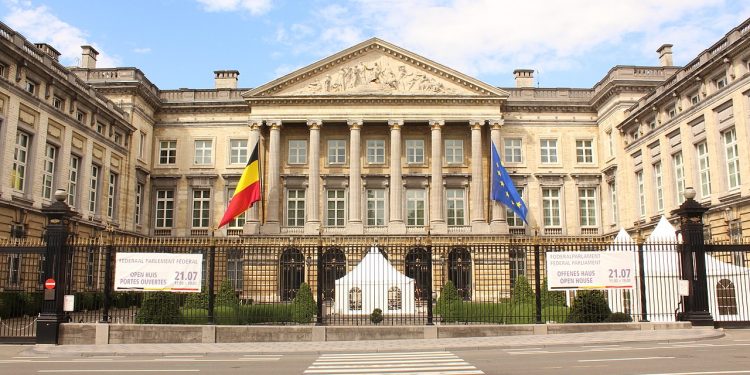 BRUSSELS (Brussels Morning) – The Brussels government had decided yesterday to suspend the export of dual-use goods destined for Russia. Brussels is suspending the permits for an indefinite period and is not currently processing any new applications.

That decision was taken yesterday on the initiative of Brussels State Secretary for European and International Relations and Foreign Trade, Pascal Smet (Vooruit/One.brussels), after Russian troops invaded Ukraine last night. The European Union yesterday announced new sanctions against Russia, banning the export of many categories of dual-use goods. It includes goods for civil use that can also have a military application.

The Brussels government went one step further by suspending licence for the export of all categories of dual-use goods to Russia. “Russia’s invasion of Ukraine is unacceptable and outrageous,” Smet told BRUZZ. “The European Union had already taken sanctions. We are now going beyond the European sanctions at the moment”, he said yesterday.

Cut into our skin

Since the year 2003, the regions in Belgium have been competent for granting such permits. “It can concern products from biochemistry, and also others such as software or lasers. They are not goods that we suspect will be used against Ukraine, but we want to show that we are prepared to cut ourselves so hard to show that we do not agree with the invasion,” said an employee of Smet.

The suspension applies to current licences and is for an indefinite period. New applications will not be processed for the time being. Smet cannot say exactly how great the economic impact of the sanction is. “Several permits have been suspended and our administration has been instructed to inform the companies involved,” said the cabinet employee. “Even though it is modest from the perspective of the Brussels economy, it is important that this message is given,” says Smet himself.

Hundreds of people in Brussels took to the streets yesterday protesting against the unprovoked attack of Russia on Ukraine. These demonstrations happened thrice in a day with the Russian Embassy in Brussels being one of the venues. People voiced their criticism for the Russian president and support for the people of Ukraine.