Should the EU get involved in diabetes?

by Pernille Weiss MEP
in Opinion 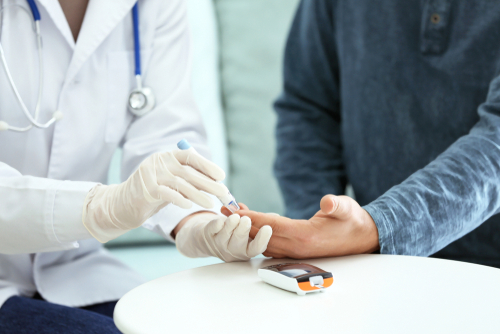 Belgium, (Brussels Morning Newspaper) This week, the European Parliament will adopt a resolution focusing on diabetes, and I am one of the negotiators of the text. The occasion is the recent UN Diabetes Day. Ten years have passed since the EU’s elected representatives have explicitly dealt with diabetes. A lot has happened in those ten years.

The number of diabetics has risen sharply, and there is a prospect of even more. Right now, 33 million EU citizens have diabetes, and in 2030 the number is expected to rise to 38 million. Not because the population will increase in the EU – quite the opposite. But what we are witnessing is that a larger proportion of EU citizens get diabetes. The estimate is that half of the diagnosed have such unstable blood sugar that it leads to further complications. Suppose the EU and all member states had given treatment, guidance, research, and innovation in diabetes a higher priority. In that case, they could have avoided this unfortunate development.

Health is, and must remain, a national responsibility. However, most research resources are placed in the EU. Therefore, it only makes sense that the EU utilizes the collective framework to share and develop knowledge. Especially when health among the population – or rather the lack of it – ultimately harms our economic muscle, productivity, and ability to withstand external health crises such as a pandemic. After all, Covid-19 showed that people with diabetes were among the most vulnerable. Both during the corona outbreak, but also especially during the rehabilitation after having the viral infection.

The socioeconomic challenge of diabetes is that it takes up, on average, as much as 10% of the countries’ healthcare costs, and 75 % of them is spent solely on handling the complications. Diabetes is the fourth most frequent cause of death in the EU. Both things are worth including when you want to understand, why the EU should take a more active approach than before. In fact – and here I am repeating myself on purpose – better prevention, guidance, and more precise treatment of citizens with the disease could have prevented many EU citizens from being diagnosed.

It is simply too foolish a way to spend taxpayers’ money on the health sector. Changing this is a task for the EU because no EU country is big enough to do it by itself. The fact is that diabetes affects all social groups, and well-treated diabetes requires a plan targeted individually.

Therefore, we must research, develop, and inspire each other much more to reverse the regretful development. We must reduce the number of people, who get diabetes and ensure people with diabetes have a much better quality of life. We must reduce late complications, which unfortunately cause people with diabetes to leave the labor market prematurely and ease the financial burden on our healthcare systems. If successful, it could free up resources to benefit other patient groups or other public responsibilities.

So, what can the EU do to address diabetes more effectively in the future? There may be a better solution to the challenge than sending more money. Imagining that all EU citizens can and must be treated equally for their diabetes is a naive quick-fix mirage. Us Europeans live so differently in terms of lifestyle that it won’t make sense. However, give us better labeling of the food and make it cheaper to choose the healthiest food, among many other things.

We also need to do more research and collect better data to take more targeted and effective action. It requires a common data collection tool and a common language to improve the exchange of knowledge and experience with each other across countries and regions. It is easy to say, but it isn’t. That is why it is also good that the EU has begun to develop a common health database. Not an easy task because we must avoid such a database becoming a bureaucratic monster that takes the air out of the desire for research and development between public and private companies. In Denmark – unlike Europe in general – we are very good at precisely this fruitful collaboration between public and private actors when it comes to research and development, and this has a highly positive knock-on effect in the life-science area. Something the other EU countries could learn from.

Another important thing – which I think is the most important – is recognizing the very cause of most diabetes diagnoses. It is severe corpulence. Obesity, which almost 60% of all adult EU citizens either have or are in the early stages of, for many, is a chronic disease. In other words, not something about the individual’s lifestyle choices, which means they can neither exercise nor diet their way out. Therefore, it is crazy that severe obesity, when a chronic disorder, can activate 200 other diseases, then diabetes. Which we also pour money into solving – without doing it particularly effectively – is not recognized and appropriately addressed with national and EU action plans as a separate issue.

The resolution needs to emphasize that point more clearly, and at the time of writing, I am working on getting it into the text.