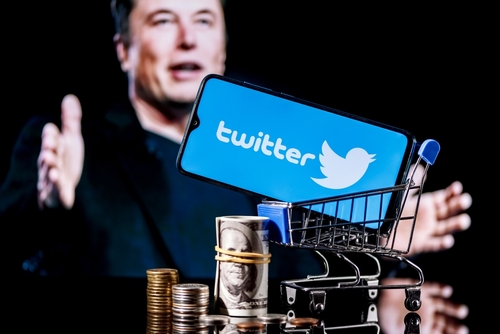 Belgium, (Brussels Morning Newspaper) The European Parliament is about to summon Elon Musk to grill the South African over his latest move of buying Twitter.

“As Twitter pursues the goal of elevating citizen journalism, media elite will try everything to stop that from happening,” said Musk on Twitter on 11 November. “Mainstream media will still thrive, but increased competition from citizens will cause them to be more accurate, as their oligopoly on information is disrupted,” he added.

Indeed, since Twitter’s takeover by the billionaire Musk, media and western policymakers have expressed concerns regarding the unpredictability of the new social media giant’s management and the apparent havoc that followed suit.

With that in mind, European lawmakers want Musk to present himself in Brussels to understand his plans as well as remind him of European laws governing technology, POLITICO Europe reported.

A new EU law to crack down on illegal content  — the Digital Services Act — will also likely apply to Twitter as soon as the summer of 2023. Yet, it remains to be seen how European regulators will be able to hold Musk to account.

“There are sound reasons to suggest that the standards applied by Twitter until now, may be weakened, at a time when the fight against election interference, misinformation and hate speech is more important than ever,” wrote Liberal lawmaker Dita Charanzová (Czech) and Sophie in ‘t Veld (Dutch) in a letter to Metsola on 8 November.

At stake is a whirlpool of happenings that are transforming Twitter. Shortly after taking over, Musk informed that all accounts with a blue tick, usually from high-profile figures like politicians, celebrities, influencers, and meaning that they are verified accounts, will soon pay $8 dollars per month.

“Trash me all day, but it’ll cost $8,” tweeted Musk, after a flood of criticism.

Musk also sacked a large number of employees, which he claims to have been engaged on keeping censorship alive across Twitter. Other employees were also fired as Twitter has reportedly been losing money on a daily basis.

“Regarding Twitter’s reduction in force, unfortunately there is no choice when the company is losing over $4M/day. Everyone exited was offered 3 months of severance, which is 50% more than legally required,” said Musk on 7 November.

The billionaire argued that Twitter had a massive drop in revenue, due to activist groups pressuring advertisers even though nothing has changed with content moderation — yet. According to Musk, Twitter will be forming a content moderation council with “widely diverse viewpoints”.

“We did everything we could to appease the activists. Extremely messed up! They’re trying to destroy free speech in America,” said Musk.

Another action that is likely jittering policymakers is Musk’s decision of reinstating permanently banned accounts — including Donald Trump’s. As of 20 November, the former US President is back on Twitter.

Musk should receive his invitation after November 24, POLITICO stated, when top European lawmakers will discuss details of the plan in a meeting.