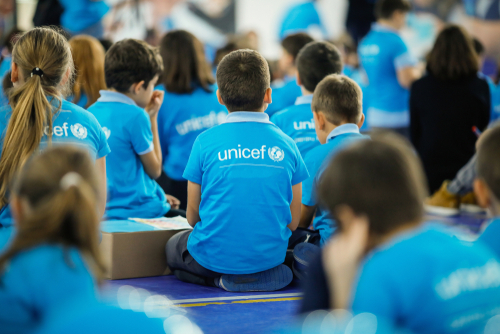 Brussels (Brussels Morning) A UNICEF research study has revealed that 25 poverty-stricken countries in 2019 devoted a greater proportion of government expenditures to debt servicing than on education, health and social protection combined.

The study, “COVID-19 and the Looming Debt Crisis”, predicts that the already straitened low-and-middle-income countries are expected to suffer even greater debt burdens, further hampering their already frail capacity to budget for the social care needs of children.

Before the COVID-19 pandemic, countries with the highest levels of debt service – including Chad, The Gambia, Haiti and South Sudan – were spending at least three US dollars on debt for every dollar going to essential social services, according to the report.

“The personal and public costs are enormous, leaving children, their communities and their countries with little hope for sustainable economic and social development,” UNICEF chief Henrietta Fore declared.

The UNICEF’s chief strongly urged international agencies, creditors and national governments to act together to reduce the debt burden and to allow for direct savings to provide for inclusive social investments.

On 15 April 2020, the G20 agreed to a “debt service standstill” (DSSI) until the end of 2020, from all official bilateral creditors, as a means of providing some direct liquidity support to the poorest countries.

“Unless we take decisive action on debt and liquidity challenges, we risk another ‘lost decade’ for many developing countries, putting the achievement of the SDGs by the 2030 deadline definitively out of reach,” UN Secretary-General António Guterres has urged.

The Executive Secretary of International Development Economics Associates, Jayati Ghosh, blamed rating agencies for “derailing the economy”. He claimed, in the Project Syndicate, that the world’s three major private credit-rating agencies are using their power to prevent low-income countries from restructuring their debts and stimulating their economies.

“Whereas the DSSI aims to provide immediate relief to low-income countries during the pandemic, the Common Framework was designed to help debt-distressed sovereigns reschedule or reduce their liabilities”, Ghosh wrote, leading him to conclude that he threat of rating downgrades would “cast a shadow over these countries’ prospects”.