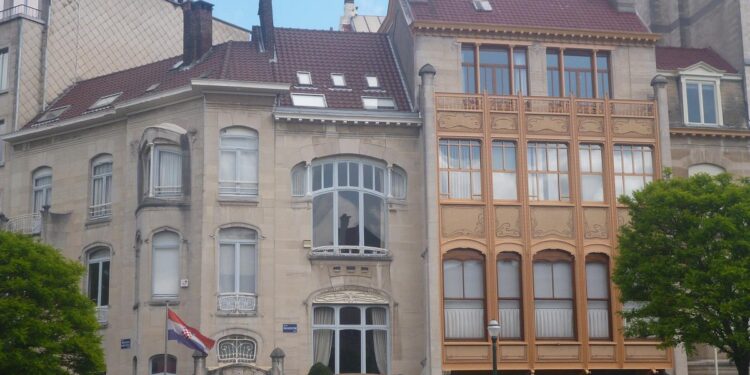 Brussels, (Brussels Morning)- The Brussels Region has acquired the office of Hotel van Eetvelde for two million euros. The iconic building was designed by Victor Horta and is a World Heritage Site. Its purchase is part of the strategy to make Brussels the Art Nouveau capital. Guided tours of the building will start early next year.

According to BRUZZ, the building was commissioned by Baron Edmond van Eetvelde, diplomat and advisor to King Leopold II. At the end of the 19th century, he commissioned architect Victor Horta to design his town house in Brussels. Various elements appear in the building that refer to the former colony.

In 2000, the building was included in the UNESCO World Heritage List along with three other works by Horta – the Horta House, Hotel Tassel and Hotel Solvay.

Until recently, Hotel Van Eetvelde was used as a diplomatic representation for the previous owner. In July 2020, the property was put up for sale and since July 2022, the Region is the official owner, thanks to the financial resources of Beliris.

Synergrid, the federation of electricity and natural gas network operators in Belgium, owns the main building.

The purchase of the building is not an isolated case. Some time ago, Brussels announced that the city wants to position itself as an Art Nouveau capital to promote its heritage worldwide . Hotel Solvay, the Cauchie House and the Hotel Hannon have also recently been opened to the general public.

“This purchase is in line with our strategy and ambition to strengthen our position and give Brussels an even more international image,” said Pascal Smet, State Secretary for Heritage. “By giving back our heritage to the general public, we make the people of Brussels even more proud of their city and add an important tourist asset.”

Guided tours of the building will start at the beginning of next year.