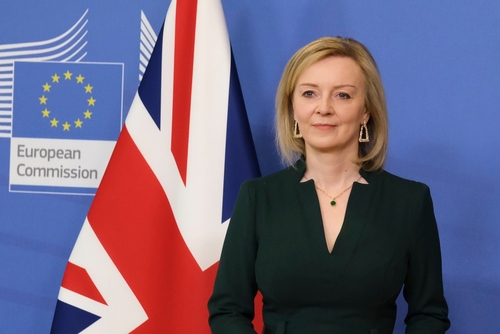 Truss ultimately triumphed in the party leadership race over the former Chancellor, Rishi Sunak, who resigned after criticising Johnson’s leadership, which triggered a wave of government resignations and pressured the departing PM into resigning as party leader.

After the Tory MPs whittled down the pool of Johnson’s successors to only two candidates – Truss and Sunak – the two engaged in weeks of bitter campaigning, in which both doubled down on controversial Tory policies. Truss emerged as the victor on Monday, winning by 81,326 votes to 60,399.

Truss praised Johnson for “getting Brexit done”, defeating the former Labour Party leader Jeremy Corbyn in general elections, rolling out the coronavirus vaccine, and for “standing up” to Vladimir Putin. “You are admired from Kyiv to Carlisle,” Truss told Johnson.

The departing PM turned the public opinion against himself and his party following a long string of scandals, including holding wild parties in his office while the rest of Britain was adhering to strict quarantine rules, and keeping a party member in a leadership position even after he was informed of his sexually inappropriate behaviour.

In her victory speech, Truss pledged to “deliver a bold plan to cut taxes and grow our economy”. She also promised to “deliver on the energy crisis, dealing with people’s energy bills, but also dealing with the long-term issues we have on energy supply.”
Truss ruled out a possibility of early elections, saying she would win a great victory for her party in 2024, when the next parliamentary elections must be held. As she takes over, Britain is facing a cost of living crisis, industrial unrest, a recession, war in Ukraine, and tensions with Bruxelles over unresolved Brexit issues, with Labour stressing that all of these problems were either created or exacerbated by the past 12 years of Tory rule.