“I’m a Brit in Germany. Brexit made it infeasible to move back.”

by Rose Newell
in Europe 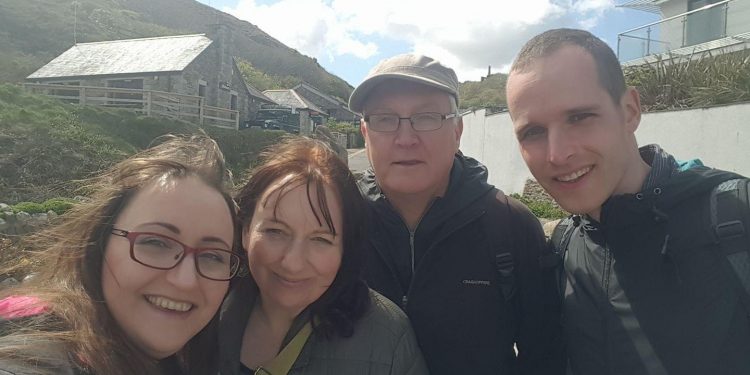 As a Brit living in Germany, Rose Newell knew Brexit would make her life more difficult. She explains to Round the Bloc why she might never be able to move back to the UK.

Berlin (Brussels Morning) I have been a freelance translator and copywriter since 2006, starting out freelancing while on my year abroad in Germany. After three years back in the UK and a year studying in the Netherlands, I moved back to Germany. My freedom of movement rights made these casual transitions between living, studying and being self-employed in these countries possible.

In 2016, when the referendum results were being announced, I happened to be in the UK. I was house and pet sitting with a relative’s adorable cat. I stayed up late that night in anticipation, only to watch it all go the wrong way. The memory is still so clear: I was horrified, heartbroken and anxious about the future. That sadness and anxiety became even more apparent the next day, as I found myself crying on various  train platforms on my way to visit my parents. I wasn’t the only one; a lot of people were looking really crestfallen.

That feeling of anxiety was mixed with a sense of betrayal. The campaigning around Brexit was full of anti-EU sentiment, including against EU citizens living in the UK, as well as a complete disregard for Brits living in Europe. Remainer PM David Cameron and the Leave campaign both made promises that nothing would change for us. There are plenty of British people living in Germany right now, however, who will attest to the contrary.

For my part, I’ve always maintained strong links with my homeland. As a writer by trade, I’ve always spent six to seven weeks in the UK every year to maintain my English. We’d even strongly considered moving to the UK to be closer to my parents.

But now, thanks to Brexit trade issues and the new spousal immigration requirements, coming in around this time next year, it’s just infeasible for me to return to the UK with my husband.

Preparing for the worst

Walking out the door before I left for my UK trip, knowing I’d learn the result while I was away, I nervously asked my husband: “If it goes the wrong way, we’ll get married, right?”. He said yes. This conditional proposal was followed by a shotgun wedding of sorts — except it was international squabbles over ‘sovereignty’ and fishing rights rather than a baby forcing us to the altar.

Germany usually requires seven years’ residence for citizenship, and I wouldn’t have had that by the time the UK was due to leave the EU. If you are married to a German citizen, however, that reduces the time to three years. If I’d only been eligible for German citizenship after the UK left the EU, I’d have been forced to give up my British citizenship, as Germany only ordinarily allows dual citizenship with other EU countries. In the end, they were willing to reduce my residency requirement to six years based on my good German and level of integration, but I couldn’t know in advance that they’d offer me that.

I’ve come across many less fortunate stories via the citizens’ rights group British in Germany, part of British in Europe. There are people who’ve not been eligible for citizenship due to extraordinary circumstances, despite spending 20 or 30 years in Germany. Sometimes that’s because they spent the last few years tending to a sick relative in the UK, other times because they earned less while caring for a dying partner in Germany.

People have fallen through the cracks for all sorts of reasons, and now they’re in a state of uncertainty, slowly discovering these rights that were supposedly cemented in the Withdrawal Agreement are a lot harder to exercise in practice. Some people back in the UK seem to think everyone living in Europe can just fill in a form and get dual citizenship or that residency rights are just the same, but that’s not true.

Not every case is simple, either: there are British-Americans and British-Australians in awkward situations, as Germany would always expect them to surrender their US or Australian passport. But sometimes you need a particular passport to do a particular job. One man lost his job in state-level security because only EU citizens were permitted to process this highly personal data pertaining to EU citizens.

People don’t realise just how problematic and stressful Brexit has been for individuals. For my part, I suffer from a chronic illness that is linked to stress, which worsened significantly following the referendum. I had so many sleepless nights worrying about whether I could produce this piece of information or that. It’s been even more dire for others.

British in Europe – a coalition of organisations representing UK citizens in the EU – has tried to lobby multiple political parties to ensure our interests are represented. Some have been receptive, and I believe Labour, the Scottish National Party, Plaid Cymru and the Greens have all to some extent heard our concerns. All promised to protect EU citizens in the UK and retain our right to return with EU family members. The only party that wasn’t and isn’t listening is the one in government.

By contrast, I feel our voices have been heard in Germany, by both the media and government authorities. There’s been a lot of effort to engage with and accommodate Brits living in Europe, especially via the British Embassy and special legislation enacted partly to make things easier for us. Even major state-funded broadcasters and centrist media have been extremely sympathetic.

While they’ve done a better job following the referendum, I wish mainstream UK outlets had addressed the consequences leaving the EU would have for us before the referendum. The time to highlight our plight was back then, when things could be fixed.

In early 2016, my husband and I were still planning to move back to the UK. But the UK simply feels too inhospitable right now — the hostility to EU nationals in the country has been appalling, and I don’t want my husband to experience that.

The relationship with Europe has changed in a way that does not reflect what people were told before the referendum. Work-wise, moving back would potentially be bad for my business. Colleagues in the UK report losing clients over Brexit. Regardless of whether these difficulties are perceived or real, temporary or long-term, this general apprehension about working with UK-based translators and copywriters could hurt me, too, were I to relocate.

Moving to the UK with a foreign spouse is complicated. There are relatively high income thresholds to meet, but that’s only half the problem: self-employed income generated overseas (like mine) is tricky to evidence, and only the British citizen’s income is taken into account. Any difference must be made up in savings – up to £62,500 for self-employed and non-earners, which must be untouched for six months prior to the date of application. There are obvious gender, age, and disability discrimination issues, too, as older people, women, and people with disabilities tend to earn less. Personally, I could make up the difference through the savings route, but not everyone can.

This tax on love has always been endured by those with non-EU partners, but rather than fixing the injustice, the Conservative government has simply widened it. Returning home with your foreign spouse shouldn’t be a luxury for the well-off.

A funny thing: at some point, I’ll probably inherit a house in the UK, but my husband won’t be able to live there permanently.

Brexit has certainly changed my life, but not for the better.

Editorial note: This article has been updated to reflect the timeline for new immigration rules for foreign spouses.