by Lukas Mandl MEP
in Opinion 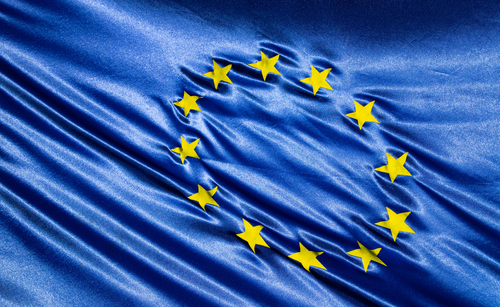 Belgium, (Brussels Morning Newspaper) These are hours and days in which Europe not only proves its unity, but also develops a whole new dimension of unity. The speed and severity of the European response to the Russian aggression was unprecedented. The message is clear: Who starts a war must not be successful. It is the task of our political generation to ensure this for Europe. In doing so, we are giving the next generation the chance of a life without war.

Any joyful feeling about this unity is of course misplaced, because in Ukraine children, women and men suffer from an absurd war of aggression with war crimes (and an open outcome). Our full solidarity belongs to them. I am proud to see the huge act of solidarity from the governments but also from nearly all Europeans, the willingness to take in refugees and to help our fellow European citizens. However, also ordinary Russian citizens – many of them do not support this war – suffer from President Putin’s unjustifiable actions. Commission President Ursula von der Leyen said in the extraordinary plenary session on March 1st that the hand is stretched out to this “other Russia”.

The Russian invasion of Ukraine should also serve as a wake-up call for all Europeans to take security and defence seriously and to become more united in this field. Investments in security and defence have long been neglected. The decision of the German government to increase defence spending to more than 2% of GDP is a very important step that other countries should follow. We must stop only talking about achieving “strategic autonomy” and start also acting on it. This concerns not only defence but also energy security. We must urgently reduce our dependencies like the one on Russian gas and oil and accelerate the green transition.

The new unity of Europe also creates momentum for the EU integration of the six Western Balkan states. These countries have been in the EU’s waiting room for far too long. We have to urgently start accession negotiations with Albania and North Macedonia and speed up negotiations with Montenegro.
The Serbian government, on the other hand, needs to decide whether it still wants its country to become an EU Member State, meaning to provide the Serbian citizens with the opportunities EU citizens have. It is very regrettable that the Serbian government, unlike the other states of the region, did not align with European sanctions against Russia, thereby damaging the unity of Europe. It is particularly important to me that also the citizens of Serbia can pursue the path to a European future, which, as all studies show, the majority of them want. Contrary to the first actions by the Serbian leaders, the country voted in favour of condemning the aggression by the Kremlin in the UN General Assembly. This may be a good sign for a new Serbian position. Now is also the time when the small minority of Member States that have still not recognized Kosovo must do so. That will be a strong sign of the unity of the European community of values. Objectively, nothing speaks against it, but everything speaks for it. We also have to pay particular attention to the situation in Bosnia and Herzegovina and prevent further destabilisation of the country.

It will be important to maintain European unity and solidarity. It is obvious – and experts have long known – that the Russian leadership has been trying to divide Europe – the EU member states, the institutions, the societies. We cannot permit that. We must step up our fight against disinformation and foreign interference. The European Parliament will vote on the final report of the Special Committee on Foreign Interference in all Democratic Processes in the European Union, including Disinformation, next week and will also decide on prolonging the work of the committee as our fight against disinformation continues.