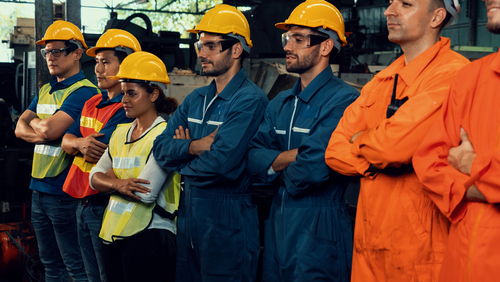 Brussels (Brussels Morning) Workers at several of Amazon’s warehouses in Germany began a strike on Monday, protesting over what they perceive to be insufficient pay and poor working conditions.

According to services sector union Verdi, which has already organised a number of strikes at Amazon facilities in Germany, the latest strike is part of action demanding a rise in pay in line with agreements the union has reached with the majority of retail and mail-order industries in the country.

The strike was held at three locations – warehouses situated in the federal states of Saxony and Hesse – and was scheduled for All Saints’ Day, a public holiday in several German states. The union also announced that workers at four more Amazon facilities would join in the strike starting in the early hours of Tuesday, with strikes expected to last from one to three days.

Verdi says it wants the global tech and retail giant to acknowledge existing collective agreements in the retail and mail order industry, and to reach an agreement over what the union believes constitutes fair working conditions for its warehouse employees.

“It is unacceptable that a multinational corporation worth billions and (which) makes money hand over fist still refuses to give employees the wage increases that other companies in the industry pay”, Verdi representative Orhan Akman declared in a statement.

Amazon issued a press statement saying that it is currently offering excellent pay, benefits and career opportunities for its employees, and claimed its customers would feel no impact from the strike.

Earlier this year, the company pledged that it would raise the entry-level wage at its warehouses in Germany to 12 euro per hour, starting with July, and to further raise it to 12.5 euro starting in Autumn 2022.