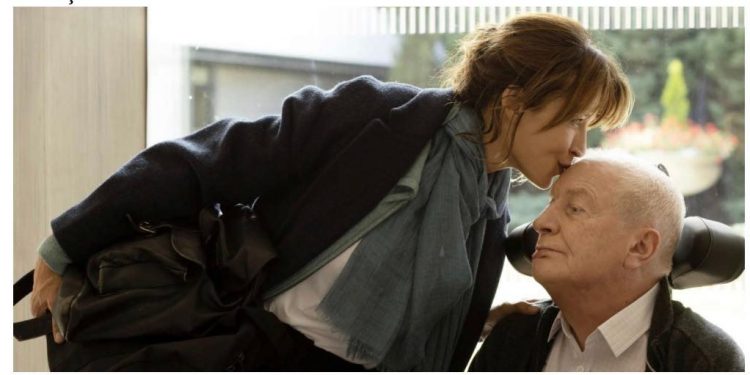 Tout s'est bien passé: the limbo of euthanasia according to François Ozon

Presented at the last Cannes Film Festival, Tout s’est bien passé is released to cinemas, troubled by a rather Manichean reviews.

Rome (Brussels Morning) The plot, which sees the centrality of the screenwriter Emmanuèle Bernheim (who died in 2017, interpreted by the credible Sophie Marceau), revolves around the autobiographical novel from which the film is inspired, and the feeling that devastates and pushes the writer and her sister to follow the alternative and definitive escape route requested by their dying father. A vital man from a comfortable Parisian bourgeoisie of Jewish descent, played by an André Dussolier in the most unquestionably and impeccably moving role in his cinematic history, at the threshold of ninety he is hospitalised for an aneurysm that leaves him alert but diminished in his main activities. Those who have lived through the painful experience of seeing their parent in intensive care or, in the worst cases, in a vegetative state, often reflect on the gratuitous necessity of this suffering. Attending helplessly to the daily care of the medical staff, from the passive dressing table to the feeding drips, and listening astonished to the incomprehensible medical reports, become an indispensable ritual of the limbo between life and death; first and foremost of the patient, but by osmosis of his loved ones.

While some Manichean critics have portrayed the film as divisive, actually the perplexing impression one gets from the almost two hours of viewing is that of a work that is, rather, divided. Where division is synonymous with a fragmentation given by an inconclusive plot, by a multiple overlapping of narrative levels, by numerous windows that open without closing, by tracks that continue, undaunted in their path, without ever meeting.

There is therefore, and first of all, the story of this severe father, with a delightful predilection for art and beauty, a legacy of his Jewish family origins and, in the background, stories of deportations and plundering that justify his love of collecting. The narrative plot then provides for the dual nature of the man, married to an artist (played by a glacial Charlotte Rampling) but with long-standing homosexual ties, who still smiles openly at the young and lusty ambulance workers. There is also, to leave no stone unturned, the almost Oedipal sublimation of patricide, a legacy of Emmanuèle-Sophie’s childhood bulimia, harshly criticised by the same father who now, motionless in a hospital bed, implores her, almost as if by humouring her, to help him die. 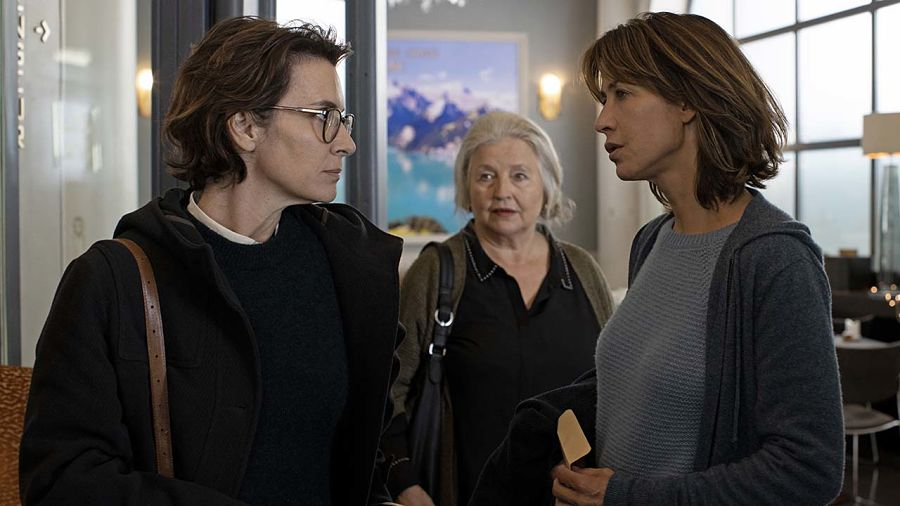 Then, the drama seems to slip inexorably into farce, in the cinematically clumsy attempt to take the man to Switzerland for his last day of life and his first day of death, amidst accusations of attempted murder (in France assisted suicide is regulated, but not legitimised), and various incidents in an already sufficiently bumpy narrative path.

It is difficult, in fact, to take a position on the film which, in all honesty and voluntarily, takes in turn no position on euthanasia and the conscious, personal choice of willing to end one’s own existence when the endurance of illness becomes intolerable. There are so many themes, none of them addressed with the right depth. Perhaps it is precisely this supposedly superficial lightness that makes the film emotionally bearable; although, from a social, bioethical or political point of view, Ozon’s vision does not bring any element of further reflection to the debate, which is still topical and heated. But, as in so many of his stories, not least that of child paedophilia within the clergy (Grace à Dieu, 2018), each story turns into a purely peculiar and personal, or at most familiar, episode that never crosses the door of a flat, a church, or a hospital. In the specific case of Tout s’est bien passé, the narrative register is driven by a certainly unique and unparalleled story, to which Ozon sticks with scrupulous emotion, and with the necessary, healthy and imperturbable detachment of the objective narrator.