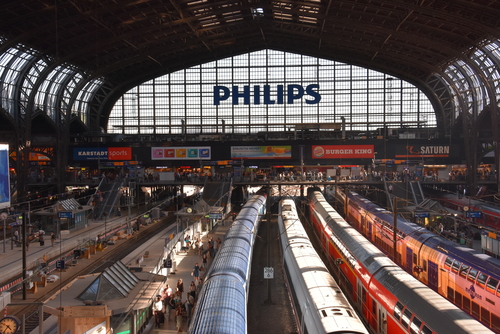 Germany’s national railway operator Deutsche Bahn (DB) announced that only about one quarter of its long-distance trains would be running on Wednesday and Thursday, as it urged passengers to refrain from train travel unless absolutely necessary.

The company also announced that it would temporarily suspend all of its coronavirus-related restrictions, allowing all seats on the remaining trains to be booked, as thousands of Germans scrambled to find transport during prime holiday season in 11 out of 16 German federal states.

The strike was organised by the GDL union, which claims 95% of its members supported the action as a means to force the company to meet their demands. The union wants DB to provide a pay rise of 3.2% to all its members, plus a one-off “coronavirus bonus” payment of 600 euro.

DB refused to meet the union’s demands, having lost billions of euros due to lower demand for rail travel during the peak of the coronavirus pandemic, and the serious damages to critical rail infrastructure it suffered in last month’s flooding, which hit several German states hard.

The strike, which started Tuesday night, meant that many schoolchildren living in suburbs arrived late for school since Berlin’s commuter trains were not running. The transport disruption was further exacerbated by increased road traffic, which caused congestion as workers were forced to travel to work by car.

In a spark of good news for the railway operator, the European Commission formally approved Germany’s request for state aid to DB, having found a planned 550 million euro aid package to be in line with EU rules. The state aid plan for DB aims to help the company recoup some of its coronavirus-related losses, compensating it for lower revenues in the period between 16 March and 30 June 2020.