Commission urged to look into Amazon’s alleged spying on workers 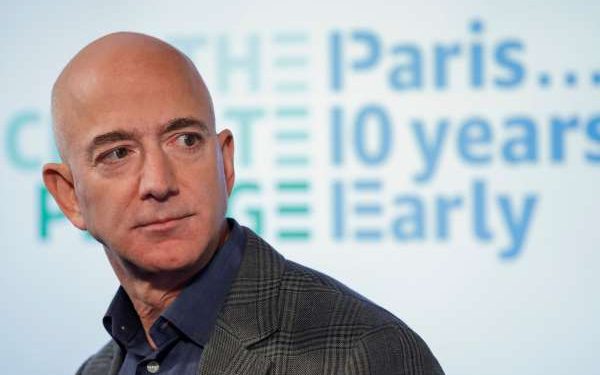 The European Commission has received an appeal from trade unions to investigate Amazon’s efforts to spy on employees, the Guardian reported yesterday. The complaint was sent to Commissioners Nicolas Schmit and Thierry Breton, in charge of jobs and social rights and the internal market, respectively.

At stake are claims, initially reported by Vice in early September, that Amazon has been engaged in surveillance activities that amount to spying on its workers’ private and public social media groups in an effort to prevent them from banding together against the online giant. The joint request from the trade unions cites Amazon’s alleged attempt to spy on workers as “potentially illegal”.

“Amazon’s plans to ramp up surveillance of workers across Europe and globally are yet another reminder that EU institutions should closely investigate Amazon’s business and workplace practices throughout the continent, as we suspect them to be in breach of European labour, data and privacy laws that our citizens expect to enjoy,” the letter to the Commission stated, according to the Guardian report.

In the UK alone, the company’s total permanent workforce numbers more than 40,000 employees, according to Amazon’s website. In Germany, the total number of permanent employees exceeded 18,000 in 2018. In June this year, the German trade union Verdi urged Amazon workers to engage in a 48 hours strike to “step up the pace” of wage negotiations.

Amazon, a tale of servitude

The online giant retailer has often been on the spotlight accused of deplorable company policies. Several Amazon employees have come forward with complaints about the lack of basic benefits and protections, including sick leave. Adding to its poor corporate reputation, a recent investigative report from the Centre for Investigative Reporting concluded that Amazon employees suffer more work-related injuries than the industry average.

In the early onset of the Coronavirus pandemic, Amazon employees in the US protested about the scarcity of hand sanitizer, gloves and masks at warehouses. Numbers of workers took to the streets to protest for better conditions. As a result, some were fired, it being claimed that disrespected “social distancing guidelines”.

In March, Amazon CEO Jeff Bezos announced a USD25 million relief fund for workers who contracted COVID-19 during the pandemic. A week later, the company also announced it was donating USD1 million to four foundations in the larger Washington DC area to help pandemic relief efforts. On 2 April, Bezos pledged to give USD100 million to Feeding America, a non-profit organisation which runs food banks across the United States.

The company has registering record profits amidst the pandemic. Between April and May 2020, Amazon recorded nearly USD89 billion in sales and USD5 billion in profits, according to Vox. Charitable  or philanthropic disbursements by Bezos back in March and April represent a pittance compared to what he has made since the pandemic began. His net worth is currently estimated at USD175.3 billion, roughly Euros 150 billion.

“The company should spend its record-breaking profits not on sleek public relations campaigns but on workers’ benefits,” wrote Maha Hilal for Al Jazeera. In April, Hilal reported, Amazon executives had sought to prevent unionisation, a recurring feature in the Bezos business model.

The EC Commission is already conducting anti-trust investigations into Amazon’s role as an online platform. The question now is will the EU executive intensify pressure on the world’s reportedly richest man?