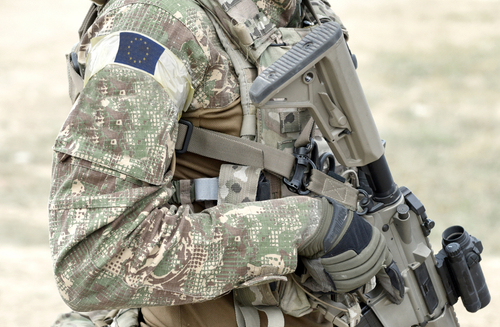 Brussels (Brussels Morning) A draft plan for the development of a joint EU military capacity envisions establishing a military force of up to 5,000 troops by 2025. It would be available for rapid deployment in response to a range of possible crisis scenarios without having to rely on US assistance or logistics.

The draft paper, seen by Reuters, was the basis for discussion among the EU’s 27 defence ministers meeting in Brussels today, their ultimate aim being to arrive at a final agreement on the text no later than March of next year.

The current document describes “EU Rapid Deployment Capacity” as consisting of land, sea and air components, which could be slotted in or out of any standing force, depending on the nature of the crisis.

The EU presidency chair, in this instance Slovenia’s Defence Minister, Matej Tonin, said he was optimistic, based on the initial reactions of other EU governments to the rapid deployment force proposal. He did note that a traditional divide exists between those EU states focused on Russia and those that are concerned about terror attacks. “First impressions are quite good”, Tonin observed. “Of course, we need some fine-tuning.”

Despite the EU having agreed more than two decades ago to set up a force of 50-60,000, that force never became operational. The Union did establish so-called “battlegroups” of 1,500 troops in member states, two of which were supposed to always be available on a rotating basis. To date, they have never used, although some efforts were made to deploy them in Chad and Libya.

Faced with security failures during the withdrawal of western forces from Afghanistan’s capital Kabul, the EU foreign policy chief Josep Borrell launched a fresh initiative to equip the bloc with a reliable force capable of responding to comparable military and humanitarian crises as and when they might arise.