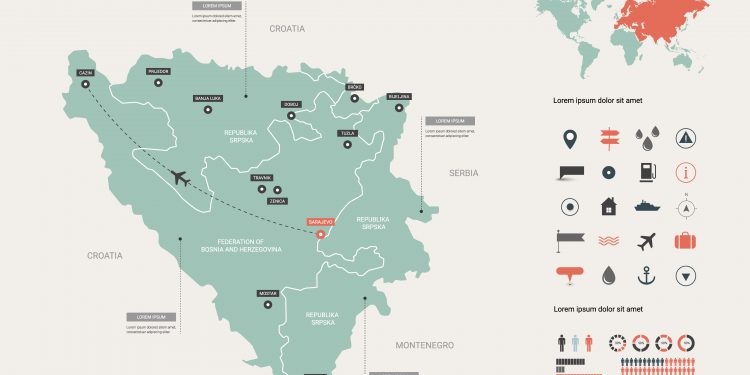 Brussels (Brussels Morning) Croatia’s Foreign Minister, Goran Grlić Radman, issued a warning today that democracy is at risk in the Western Balkans, citing the situation in Bosnia and Herzegovina as being of particular concern.

Speaking ahead of the EU27 foreign ministers’ meeting in Brussels, Grlić Radman stressed that the “situation in the Western Balkans is getting worse”, claiming that as the “divisions are deepening”, there is a growing “threat to democracy”.

Grlić Radman also spoke out against calls for separatism in Bosnia and Herzegovina, where the Bosnian Serb entity, the Republic of Srpska, is amplifying its threats to secede from the rest of the country.

“Actions echoing the 1990s need to stop”, Grlić Radman stated, in referring to the bloody ethnic war in Bosnia and Herzegovina more than two decades ago, that only came to an end because of the fragile, multi-ethnic, power sharing agreement brokered between the country’s Orthodox Serbs, Catholic Croats and Muslim Bosniaks by Western countries.

The arrangement, brought about by the 1995 Dayton peace accords, created the position of a High Representative as guardian of the treaty. Now, the Bosnian Serb leader Milorad Dodik is refusing to recognise Christian Schmidt, the newly installed representative, claiming he lacks legitimacy on grounds that his appointment was illegal, not having been approved by the UN Security Council – a move that was never necessary.
Dodik also led Bosnian Serb politicians to boycott the work of the weak central government because of a law instituted by Schmidt’s predecessor, Valentin Inzko, which made it a crime to deny genocide or glorify war criminals. The new law has particular relevance to the politics pursued by Dodik, who openly praises Serb wartime leaders and refuses to recognise the Srebrenica genocide, the massacre of more than 8,000 Muslim men and boys forcibly taken by Bosnian Serb forces from the protected UN enclave of Srebrenica.