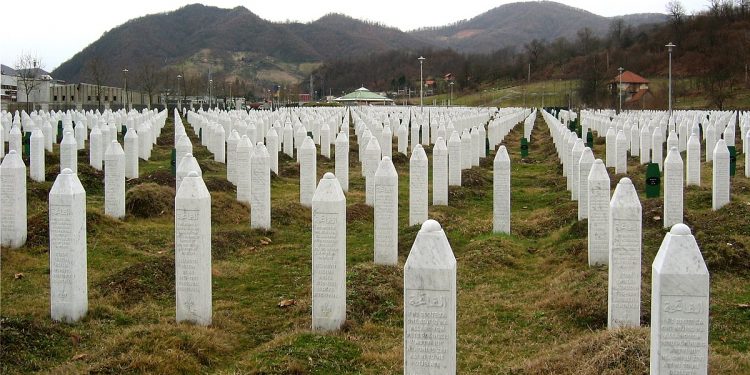 Brussels (Brussels Morning) International High Representative for Bosnia and Herzegovina Valentin Inzko implemented a new law on Friday that will criminalise denial of the 1995 genocide in Srebrenica and the glorification of war criminals.

Inzko, who departs his post on 1 August after 12 years in BH, claims that the decision was reached because Bosnian politicians have so far failed to suppress attempts to downplay the massacre of more than 8,000 Muslim men and boys in a protected UN enclave.

The High Representative has spent years urging the federal government to adopt such a law, with all previous attempts to do so having failed due to the opposition of ethnic Serb politicians, many of whom openly deny a genocide took place.

A veteran Austrian diplomat appointed by the 11-member Peace Implementation Council (PIC), Inzko’s authority in Bosnia and Herzegovina includes sweeping powers over those of the democratically-elected federal government.

The High Representative is tasked to implement and safeguard the 1995 Dayton Peace Agreement, the basis for the current political structure of the country, which is split into two entities between the Serb-dominated Republic of Srpska and the Bosniak-Croat Federation of Bosnia and Herzegovina. The federal government is led by a tripartite presidency, each member of which represents one of the country’s three ethnicities.

As guardian of the Dayton Agreement, the Office of the High Representative can single-handedly pass binding decisions, repeal laws and remove public officials from office. The latest legal amendments, criminalising genocide denial and the glorification of war criminals, will come into force just before Inzko is succeeded by former German federal minister Christian Schmidt. The amendments remain in place until such time as the BH parliament adopts them in the same form, without change.

They introduce a minimum penalty of one year in prison for denying, downplaying or justifying all genocides confirmed by international court rulings. Public officials doing so face a minimum of three years in prison. The law also criminalises handing out awards and recognitions to convicted war criminals. This includes naming of streets, parks, institutions or other public spaces after war criminals.

The law was immediately criticised by Bosnian Serb leader Milorad Dodik, who openly denies the Srebrenica genocide and who has described one of the key culprits in the genocide, Serbian general Ratko Mladić, as “a legend for Serb people”.

Dodik threatened to secede the Republic of Srpska from BH, calling Inzko “a Serb-hater, an abomination” and the offspring of a Gestapo officer. He claimed Inzko was paid “millions to reach this decision”, and accused the “Germanic world” of aiming to remove Serbs as a people and as a political actor.
Speaking about Inzko’s successor, Dodik echoed claims by Moscow that the new High Representative is illegal and has no legitimacy – likely a strategy by the Kremlin to help its ally Dodik ignore and challenge Schmidt’s authority in the near future. “I call on all of us to gather together and to defend ourselves”, Dodik declared.