Community education also has a shortage of 86 teachers 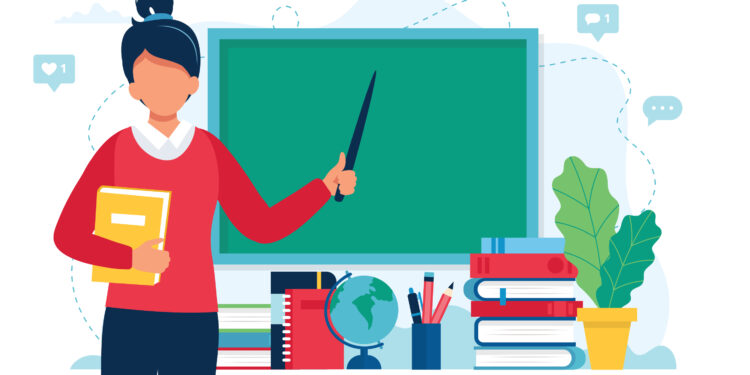 Brussels, (Brussels Morning)- In addition to Catholic education, community education (GO!) in Brussels is also struggling with a serious teacher shortage. There is a total shortage of 86 teachers in primary and secondary education in Brussels, reported BRUZZ. Teachers of ideological subjects in particular fall short

Too few teachers are active in Flanders and Brussels. For more than 15 years, education has been struggling with a shortage of teachers. In 2022 the situation will evolve from bad to worse, community education recently sounded the alarm.

Thirty primary schools in Brussels shared their figures with the GO!, BRUZZ was able to view these data. This shows that 23 out of 30 schools in the capital have too few teachers, which means that only 7 primary schools have enough teaching staff. In total, the GO is looking for 63 primary school teachers. “We are especially looking for teachers for philosophical subjects. There are currently 20 vacancies in primary education,” says Karin Struys, communication manager of the GO! School Group Brussels.

In the 17 secondary schools of the GO! in Brussels, on the other hand, there is a shortage of 33 teachers. Only two schools have enough staff. “The shortage of teachers is also putting pressure on the quality of education. The learning disadvantage, which has grown steadily during the two-year corona crisis, continues to grow,” said Nathalie Jennes, spokeswoman for community education.

It is striking that it is often the novice teachers who drop out. One in three teachers drop out, the main reasons being the high workload, lack of collegiality and lack of respect from parents.

According to Koen Pelleriaux, deputy director of the GO, and Lieven Boeve, director-general of Catholic Education Flanders , politics is doing too little to tackle the teacher shortage, they wrote in an opinion piece in De Standaard . In this they argue for certain reforms, such as increasing seniority from 10 to 20 years or making teachers permanently appointed by a school group or board.

Minister of Education Ben Weyts (N.VA) denied the lack of urgency about the teacher shortage . He does not want to work only on the shortfall, but also on the quality of education. “We have to emphasise the positive aspects,” said Weyts, referring to the salary increase for the directors and the 85 million for digital equipment.

However, he is opposed to the proposal to increase seniority to 20 years, referring to the fact that the Council of State rejected a similar proposal ten years ago. Whether he will apply the proposals of the GO and Catholic education remains to be discussed.