by Kathryn Campbell
in World 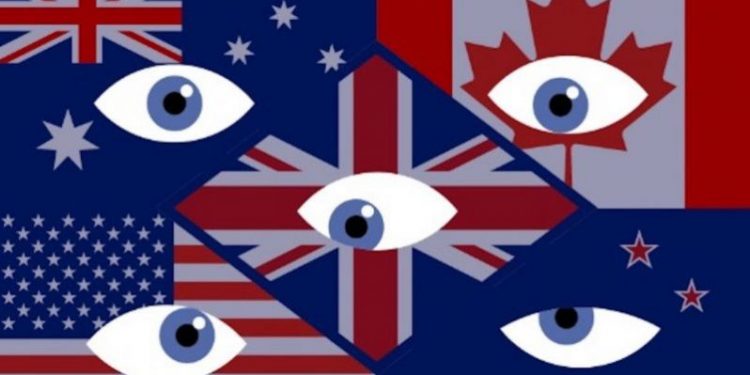 Brussels (Brussels Morning) The Five Eyes Allies ( FVEY ) is the Aglo sphere intelligence alliance comprising Australia, Canada, New Zealand, the United Kingdom, and the United States. Recently their awareness has been drawn to the activities that have resulted in what they are criticising as an unfair and manipulated electoral system in China, resulting in them being accused of “Violent Interference” in the internal political practices in China.

Many of the occupied seats in the Hong Kong Legislature are now held by Pro-Beijing candidates. However, Australian Foreign Affairs Minister Maris Payne states that the recent overhaul of their electoral systems ensures that seats are filled with Patriots, giving them the ability to run Hong Kong. further stating that the recent overhaul had “Eliminated any meaningful political opposition.”

The Five Eyes Alliance stated that they were deeply concerned by the “erosion of democratic Elements” in the actions of late that were being regarded as chilling. While the Chinese foreign ministry’s commissioner officer in Hong Kong called the west’s expression of concern “external defamation”, Concerns raised by the allies include recent actions taken that certainly do not reflect what most would be considered a democracy.

Concerns raised such as :

However, this is not the first time Australia’s opinion on the political practices of China has resulted in strained relations. For example, in 2020, the “list of Grievances.” where Australia was accused of “incessant wanton interference in China’s Xinjiang, Hong Kong and Taiwan affairs.”

Australia has also criticised the manner, investigation, and handling of the Covid-19 Situation in China, all of which has resulted in the Five Eyes Alliance countries, including Australia suffering from strained trading and export relations with China. In many cases, some products such as Australian wine are being boycotted in rebuke to what China officials have labelled as hypocrisy and criticism and futile attempts to Interfere, which a Chinese embassy representative has labelled futile.

Nonetheless, there has been no shortage of open comments from Australian Politicians in Parliament continuing to condemn and criticise the actions of China, such as Peter Dutton accusing China of “unsettling and unnecessary outbursts” against other countries that were not intimidated by Bejing and stood firm on specific issues.

Labour Foreign Affairs minister Penny Wongs Comments in the election were an explicit criticism, stating Labour was “deeply disappointed and concerned by “the continuing erosion of democratic freedoms and Hong Kong autonomy.” Stating that the undermining was “not the behavior of a responsible global power.”

Relations are not predicted to improve with further apprehensions tightening over Australia, announcing that they will be joining the UK and US in boycotting the Beijing Winter Olympics to oppose human rights abuses in China’s Xinjiang region.

Tensions are forecast to remain high in all areas for the foreseeable future.