Why the EU is making an extra effort to communicate in Arabic.

by Peter Stano
in Opinion 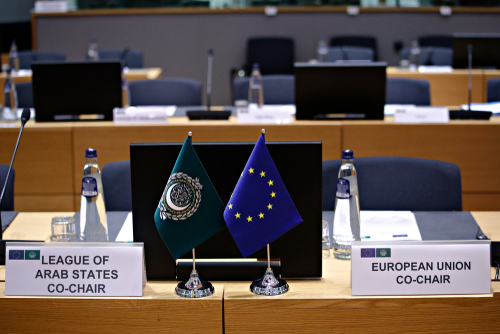 Brussels (Brussels Morning) In February, the European External Action Service (EEAS) posted an official representative in the Middle East and North Africa region to deliver EU policies and opinions in the Arabic language. This post is a real novelty for the EU and reflects the willingness of the bloc to enhance its communication with its southern neighbours in the terms they can understand.

Why? There are several reasons behind this decision:

The EU has been striving for years to build a solid partnership with our southern neighbours. Since the launch of the Barcelona Process in 1995, we have developed a strong relationship in a wide array of areas, from trade to rural development to cultural relations. The EU’s New Agenda for the Mediterranean, adopted this year, is meant to spur sustainable long-term socio-economic recovery and job creation in the Southern Neighbourhood, and will offer a platform to engage with partners on a wide host of issues from the promotion of human rights and democracy to security and development to migration. The EU is also deepening its ties with Arab countries beyond the Mediterranean basin, including Iraq, Yemen and the whole Gulf region. Our neighbours’ main language is Arabic. It is employed by officials, investors, artists, writers, and above all, by people of all walks of life. We believe that we have lots to gain by speaking our neighbours’ language as we consolidate and expand our relationship.

The Arabic language and its dialects are spoken by more than 400 million people across the region and the world, ranking fifth among the world’s most spoken languages (after English, Chinese, Hindi and Spanish). Arabic is the official language of 22 countries (all members of the League of Arab States) and is one of the six official languages of the United Nations. Arabic is also widely used in the European Union by communities of European citizens of Arab descent, or by those who migrated to our continent from Arab countries (many do not know that “Cypriot Arabic” is a recognised minority language in Cyprus, and so is Maltese, an extant European variety of Arabic!). Digital content in Arabic has been on the rise for years. In 2020, Arabic was ranked fourth among the ten most used languages on the Internet. That is why we want to convey our messaged in Arabic and use this amazing language to widen the European outreach.

Throughout the years, the European Union has made great strides in unifying its message and speaking with one voice. And it has done so despite its complex institutional architecture. In fact, consensus is always needed on sensitive issues, including those pertaining to foreign policy. This is also applicable to communication matters. If any media wishes to talk to Europe, the Spokesperson Service of the Commission constitutes the one-stop shop. Outside of the EU, our Heads of Delegation ensure this coherence across the region by representing the whole of the EU, also in terms of engaging with the media. But they cover only bilateral issues in their country of accreditation. We also thought it would make sense to have a one-stop shop in Arabic at the disposal of journalists in the region where issues of regional nature, but also pertaining to the EU domestic policies themselves, could be addressed. By doing so, we could ensure that the message really gets across. In addition, the EU has a lot to offer, to share and inspire. The best way to convey this to the people in the region is in a language they spontaneously understand.

Europe and the Arab world share a long, rich history. It spans centuries of exchanges and encounters that have shaped our identity. From Ibn Rushd (the medieval philosopher Averroes) to Cheb Khaled (the Algerian singer). From astronomy and physics (the word “algorithm” was taken from the Arabic mathematician Al Khawarizmi) to Riad Sattouf (author of the best-selling books “The Arab of the Future”). We have not only adopted Arabic as a language spoken and studied in our continent. Numbers of our citizens are also believers of the region’s main faith, Islam. And who does not like “hummus”? We believe that Arabic is not merely a language. As elsewhere, it is also the key to unlocking vast knowledge, promoting understanding and fostering dialogue and collaboration across borders.