Stop pesticides: EU should work on an agroecological food system 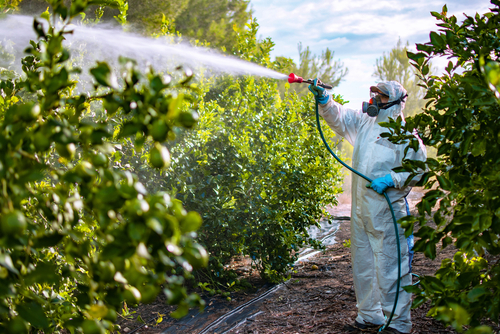 Belgium, (Brussels Morning Newspaper) One of the main objectives of the Farm to Fork strategy, the agri-food part of the Green Deal, is to reduce pesticide use in the European Union by 50 % by 2030. However, in recent weeks, the main representatives of the European Parliament’s Agriculture Committee have joined the list of lobbies using the war in Ukraine as a reason, or better excuse, to abandon the goal of this strategy.

Therefore, the European Commission, which was supposed to present its ‘nature protection package’ last March, decided to postpone the planned deadline, without setting a new one. The package included nature restoration targets, which aim at halting biodiversity loss in Europe, and the presentation of the proposal for a directive on the sustainable use of pesticides, which awaits a revision from 2009.

According to some leaked drafts, the Commission should have set a binding target of a 50% reduction of pesticides across the European Union by 2030. The Member States would then have had the freedom (and the task) to set national targets, with a legal commitment to cover at least 10% of the European agricultural area with “highly diverse landscape features”.

After the initial “no comment” of the European Commission, Commissioner for Food Safety Stella Kyriakides commented in recent weeks that “it could be argued that the generalized geopolitical uncertainty at this point does not allow this proposal on the sustainable use of pesticides to get the policy space it needs for further appropriate discussions and reflections” and conclude with “it is not yet decided” when the draft directive it will be presented.

Within the European Commission, there are several views on whether the legislative proposals needed to implement the EU’s green targets for the agri-food sector should be suspended. The war in Ukraine has triggered a domino effect, rising record prices, from energy, fertilisers to raw materials such as wheat, maize and vegetable oils and, within the EU executive, there are different opinions on how to deal with this crisis.

For example, Janusz Wojciechowski (Commissioner for Agriculture) made it clear in a meeting with members of the Agriculture Committee that some aspects of the Farm to Fork strategy would be suspended to pursue the goal of “food security”. Essentially, the EU has already abandoned practices such as green cover, crop set-aside, and green area regeneration, in order to increase the production of crops, such as maize and plant proteins, in order to reduce the dependence on other countries, especially Russia. In some cases, however, these are the same crops that have been considered dangerous for our soils, because they excessively consume the nutritional qualities of the soil and prevent its regeneration.

Instead, Frans Timmermans, head of the Green Deal, strongly urges us not to give up on sustainability, but his position seems to find, at the moment, the little consensus among the representatives of the Member States. According to some environmental organizations, however, the question of Ukraine is just a paradox, behind which are hidden the interests of organizations unwilling to turn towards the green direction.

In line with this approach, the Ceo (Corporate Europe Observatory) has presented a report describing the tactics used by the agro-food industry to obstruct legislation that seeks to make the food systems of the Member States sustainable. The global sale of pesticides, estimated at EUR 53 billion per year, has doubled over the last two decades, according to Ceo, and only four Syngenta-Chem groups (owned by the Chinese State), Bayer-Monsanto, Basf, and Corteva from Germany, account for 67 % of the world market.

According to the report of the Ceo, based on the analysis of internal documents of the European Commission and the organization “CropLife Europe” (which brings together the main pesticide companies such as Bayer, Basf, Syngenta, and Corteva), the lobbies adopted three types of strategy: the first of which was “to fund scientific studies favorable to their own positions in order to alarm politicians”, showing how the impact of the Farm to Fork on the economy of the agricultural sector can be “disastrous”. So, “company-sponsored media events are organized to fuel fear and doubt among policy-makers who support the European pesticide reduction strategy”.

The second industrial strategy described in the CEO report is based on geopolitical pressures: “These societies have mobilized the governments of third countries, including the US, to put pressure on European pesticide standards”.

The third industrial tactic, presented in the dossier, is to “show that it is part of the solution to combat pesticide pollution” by proposing “false voluntary solutions to reduce the use of toxic substances in agriculture”, such as digital technologies and new techniques for genetic modification.

Pending further clarification of this issue and pending the Commission’s next steps, the underlying question remains: does it is really possible a sustainable use of pesticides? In our view, in order to ensure the European Union’s transition to agro-ecological food systems that protect biodiversity and human health, it is necessary to set ambitious and legally binding reduction targets on the use of synthetic pesticides.

We need to have the courage to change the current agricultural model, which, in addition to having devastating effects on the environment and health, engages farmers in a vicious circle of increased expenditure on pesticides to compensate for the fall in yields. Pesticide-free agriculture is and will be able to feed Europeans with healthy food, reduce greenhouse gas emissions by 40% and protect biodiversity and natural resources.