Five questions about needle spiking: ‘What if I get pricked?’ 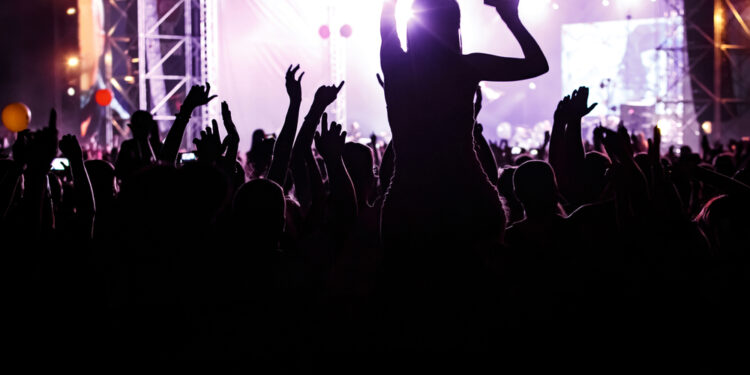 Brussels, (Brussels Morning)- Also Brussels does not escape needle spiking , where unsuspecting revellers are pricked with a needle. Last Saturday at least two people were pinned on the Belgian Pride. What do we know about these ‘wild lampreys’? An overview of five questions reported by BRUZZ and answered by Tom Evenepoel, coordinator of the Drug Line.

1. What are ‘wild lampreys’ and where does the phenomenon come from?

“It is a phenomenon that we first heard about in the autumn of last year, at the start of the new academic year in Great Britain. It was mainly students who reported that they had been drugged after going out. It is analogous to drink spiking , where something is put in a drink, with the difference that people here thought they felt a prick, or saw a prick injury. We therefore speak of needle spiking when someone is secretly drugged via a hypodermic needle.”

2. Do we know what is being administered?

“Not exactly. The symptoms of needle spiking are similar to those of drink spiking . That is, it can be about narcotic drugs, but there are also plenty of drugs that fit into that picture. Also not to forget: the alcohol factor. This can act as a fire accelerator, giving us a ‘1+1=3’ story.

In any case, they must be products that can trigger symptoms such as dizziness, headache, nausea, disorientation and blackouts.”

“The substances mentioned by toxicologists (mainly fentanyl and ketamine) are very difficult to detect in the body or only for a short period of time. This is therefore more about hypotheses than about evidence in terms of substances.

In addition, emergency services only find evidence of injection on the skin in a small number of cases, which is in stark contrast to the – sometimes – hundreds of reports.

It also seems that we are experiencing peaks: last year in the autumn in Great Britain, then in France and now it is Belgium and the Netherlands’ turn. This creates all kinds of hypotheses that allow us to ask ourselves whether we are dealing with a story of fear, of mass psychosis.

We should certainly not be short-sighted, but we must ask the necessary questions. For example, longer needles are needed to penetrate clothing and it is certainly not easy to administer an injection when someone is moving. There are already cases where analyses have been carried out very quickly, but nothing has been found. Then the question arises: would something actually have been injected? But again: the reports are there, they are certainly taken seriously.”

“First of all, try to avoid getting into a complete mindset of suspicion or mistrust when going out. That is not the intention of going out, you should be able to relax and have fun.

Above all, take care of yourself and the people around you. Keep an eye on each other, try to intervene if you see something strange happening and be assertive. Do you think something could have happened to you or someone else? Then contact (security) personnel or, if they are present, emergency services as soon as possible. Let go of the taboo ‘what are people going to think of me?’ definitely omitted. The faster reports are made, the faster something can be found.

On an emotional level, it is very important that you talk to someone about your experience, be it friends, family or professionals.”

5. Is there anything operators or organisers can do?

“Certainly. The VAD (Flemish Expertise Centre for Alcohol and Other Drugs) focuses on prevention in various settings, including when going out. We have been working on preventing transgressive behaviour for some time: these are things that should really not happen, which is why we mainly want to tackle the problem itself .

For club managers or organisers there are training courses in which they learn to deal with alcohol and drug incidents, for example, the responsible serving of alcohol. We know that the sector is open to participate in this, ranging from campaigning to organisers who take the initiative themselves. For example, bars in the Ghent Overpoort took the initiative to train bar staff.”