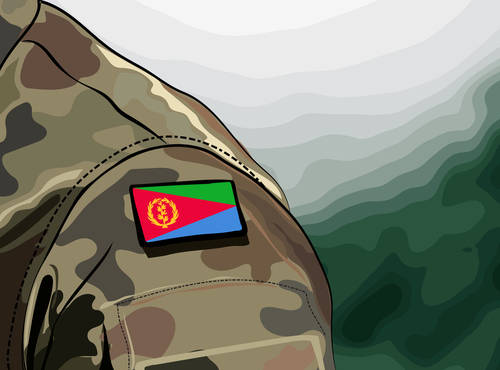 Brussels (Brussels Morning) The EU and the US are warning about recent deployment of Eritrean troops in the Tigray Region in Ethiopia.

US Secretary of State Anthony Blinken noted on Monday that the Eritrean Defence Forces “have re-entered Ethiopia, after withdrawing in June,” which he described as concerning, according to Reuters reporting on Tuesday.

Blinken expressed concern over new deployment of Eritrean troops as the Treasury Department announced plans to impose sanctions against an Eritrean official it accuses of human rights violations during the ongoing Tigray War. Eritrea rejected the accusations as unfounded.

Earlier this month, EU diplomats expressed concern over deployment of Eritrean troops in Tigray in an internal document. According to the memorandum, Eritrean troops were deployed in the western part of Tigray and have “taken up defensive positions with tanks and artillery” around Adi Goshu and Humera.

The document notes that Abiy Ahmed, Prime Minister of Ethiopia, visited Eritrea’s capital Asmara earlier this month, pointing out that his office did not announce the visit, on his way to a meeting in Turkey.

Conflict in the rebellious region

The Tigray War broke out in November last year between the Government of Ethiopia and Tigray People’s Liberation Front (TPLF), which holds control of the Tigray Region. Thousands have been killed in the conflict and more than two million displaced, causing a humanitarian crisis.

Eritrean troops fought alongside Ethiopian forces, with the UN and human rights organisations reporting that the conflict is marked by human rights violations including rape.

The TPLF recaptured most of Tigray in June and new deployment of Eritrean troops in the region raised concerns that the conflict could escalate in the coming period.