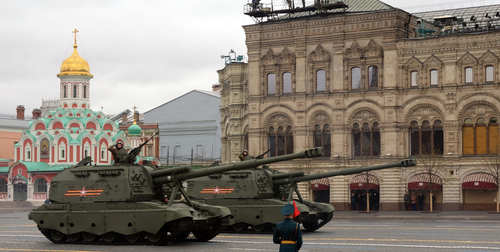 The Finnish National Coalition Party (NCP) proposed to stop issuing tourist visas to Russians, which was received well in the parliament, according to France24 reporting.

Finland is Russia’s last EU neighbour to still issue tourist visas to Russian citizens and has become a transit country for those looking to go elsewhere in the EU.

As the summer season started and many Russians decided to spend it in Finland, some Finnish citizens and politicians have voiced objection.

Claiming that the move is an act of solidarity, the National Coalition Party (NCP) has proposed to stop issuing tourist visas to Russian citizens.

“This situation is unbearable,” stated NCP MP Jukka Kopra and added “Ukraine’s citizens are being killed, including civilians, women and children, and at the same time Russians are spending holidays in the EU.”

The NCP is not alone in its plans to shift focus from Russia’s war efforts to its citizens, with MPs from all parts of the political spectrum expressing support for the shift.

Aki Lindén, Social Democratic Party (SDP) MP and acting Prime Minister, expressed belief that restrictions should be expanded. He pointed out that the Ministry of Foreign Affairs will decide how to proceed.

Finland has issued roughly 100,000 visas to Russian citizens, while other EU member states that border Russia withdrew them.

Some Finns have criticized the plan to target Russian citizens, and reminded that tourism is an important source of income for some Finnish border towns.

Many business owners in Lappeenranta municipality that borders Russia pointed out that stopping Russian tourism would have negative effects on the economy.

“This is the most absurd idea… what do they gain from isolating the normal Russian citizens?” noted Mohamad Darwich, head of a supermarket near the border.

“They are causing a huge problem for the local people and businesses,” he concluded.

Russian visitor Boris Surovtcev pointed out that he has been travelling to Finland for more than a decade and pointed out “this is a wonderful country with nature and lakes.”

He expressed hope that Finland will not follow through with the plan and concluded “I hope the war will end soon.”