The New Cold War Between the U.S and China | Not What You Think

by Andrea Lard
in Diplomacy 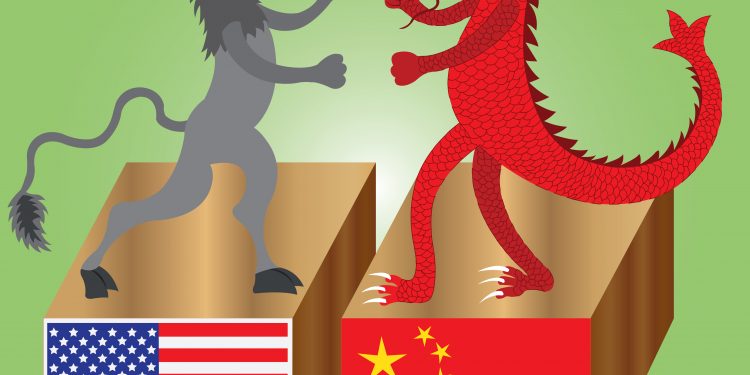 Brussels (Brussels Morning) Chatter has been around for years about the “New Cold War,” the “Cold War II,” or the “Second Cold War.” Much of the conversation revolved around heightened economic and military tensions between the U.S and China. However, current events prove that the New Cold War is less about ideological differences and a weapons race and more to do with technology, intellectual property, and natural resources.

You don’t need to look any farther than the recent shortage in microchips. It is a two-pronged problem for the United States. On the one hand, the U.S depends on China to manufacture chips. On the other, the U.S doesn’t have access to rare earth minerals to produce the chips at home. So, if the U.S doesn’t have access to the resources, they couldn’t move to manufacture back in-country if they wanted to.

China cornered the rare earth market decades ago, and at the time, no one paid any attention. It wasn’t until 2010 that they used the resource as a political tool in a territory dispute. Since then, the U.S has considered the issue a national security risk. The recent Biden administration has brought the race to rare earth minerals to the forefront with his plan to electrify vehicles. The focus has pushed international mining companies to rush to the field and develop mines to take advantage of the reserves in the U.S and elsewhere outside of China’s borders.

From a technological perspective, China and the U.S are embattled in a race to the top (bottom, depending on whom you ask) regarding artificial intelligence. Currently, much of AI development lies in American hands with Google, Facebook, Microsoft, etc. However, China has been quickly catching up with its plan for a “Social Credit System” and other initiatives to foster homegrown innovation in AI.

Much of what we see centers around harmless games, experiences, and events (think Virtual Reality, NFT, etc.). However, the undercurrent is focused on resource mining, AI, and technology aimed at defense posturing and economic stability.

Stories continue to emerge about robot abilities, meant for good but could be used in warfare. One of the most recent is a machine learning program that can be attached to the brain to control a robot remotely. The intention is to assist paralyzed individuals in communicating and movement. However, we cannot ignore the military uses or the potential for misuse in other ways.

Another current event that keeps making the news cycle is cryptocurrency. Crypto mining started in China and eventually worked its way to the U.S. Crypto exchanges, hot or cold wallets… it all seems on the fringe until it isn’t. Now both governments are finding ways to crack down on the industry. Why the interest? Hacking, illegal activity, and a lack of governmental control.

Will the New Cold War lead to underground bomb shelters of late? No, China and the U.S are too intertwined in each other’s economies. This New Cold War isn’t an arms race unless the arms race is in AI.