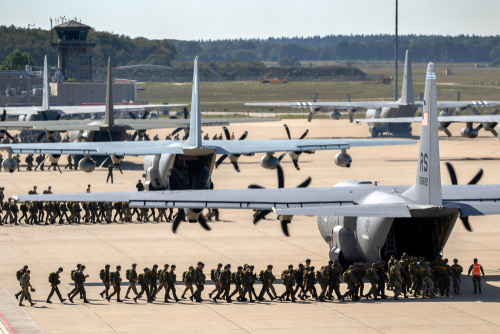 Belgium, (Brussels Morning Newspaper) Finland has opposed the idea of setting up NATO bases or deployment of nuclear weapons in the country if it joins the alliance.

Finland and Sweden filed formal applications to join the NATO on Wednesday in response to Russia’s aggression against Ukraine, Reuters reports Thursday.

Finnish Prime Minister Sanna Marin commented on Turkey’s objections to NATO expansion in an interview with Italian Corriere della Sera daily on Thursday, expressing belief that consensus can be reached.

“I think at this stage it is important to stay calm, to have discussions with Turkey and all other member countries, answering questions that may exist and correcting any misunderstandings,” she pointed out after attending a meeting with Italian Prime Minister Mario Draghi.

Ankara opposed the idea of NATO expansion earlier this month, stressing that Finland and Sweden should stop financing terrorist organisations on their territories and lift restrictions on arms exports to Turkey.

Returning to Finland’s plans for NATO membership, Marin noted that the alliance’s deployment of nuclear weapons and construction of new bases are not part of membership negotiations.

“Nor do I think there is any interest in deploying nuclear weapons or opening NATO bases in Finland,” she stressed.

Andersson and President of Finland Sauli Niinistö are to attend a meeting with US President Joe Biden later today to discuss the two Nordic countries’ NATO applications.

Speaking after his meeting with Marin, Draghi pointed out that Rome fully supports Finland and Sweden’s applications to join the alliance.

He added that Italy is prepared to speed up its ratification process to help the two Nordic EU member states join the NATO as soon as possible.

Also on Thursday, German Chancellor Olaf Scholz commented on Finland and Sweden’s bids to join the NATO in an address to the German parliament, stressing that Germany supports their aspirations.

“Friends in Sweden and Finland, you are most cordially welcome, with you on our side NATO will become even stronger and Europe even safer,” he noted.